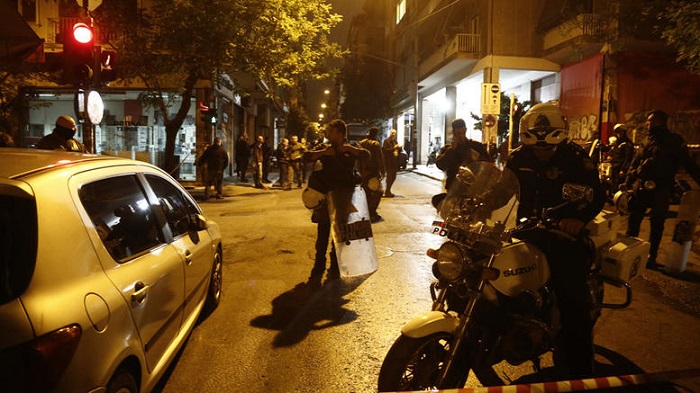 Two armed assailants opened fire against the main offices of opposition PASOK party and police officers guarding the building, just before 8pm local time.
According to eye-witnesses, the assailants sprayed the building at Charilaos Trikoupis street in the center of Athens, with bullets from a speeding motorbike.  4 or 5 shots were heard but there has been no information of injuries.
It was not immediately clear whether the PASOK party offices, or the police guards stationed outside, were the target of the attack. The building is frequently targeted by anarchists, who pelt the entrance and police with petrol bombs.
Dozens of people working at PASOK headquarters evacuated the building, as police reinforcements arrived.
Leader of PASOK Fofi Gennimata, expressed shock and horror about the attack: “We are shocked at what happened. Attacks against PASOK offices happen repeatedly. Enough is enough; measures need to be taken immediately.”
PASOK spokesman Pavlos Christidis, who was in the building at the time of the attack, said that “it was a miracle there were not any casualties”.
This is a developing story