GRNews
GreekReporter.comGreek NewsCultureLanthimos' "The Killing Of A Sacred Deer" Premieres in Athens Cinemas

Lanthimos' "The Killing Of A Sacred Deer" Premieres in Athens Cinemas 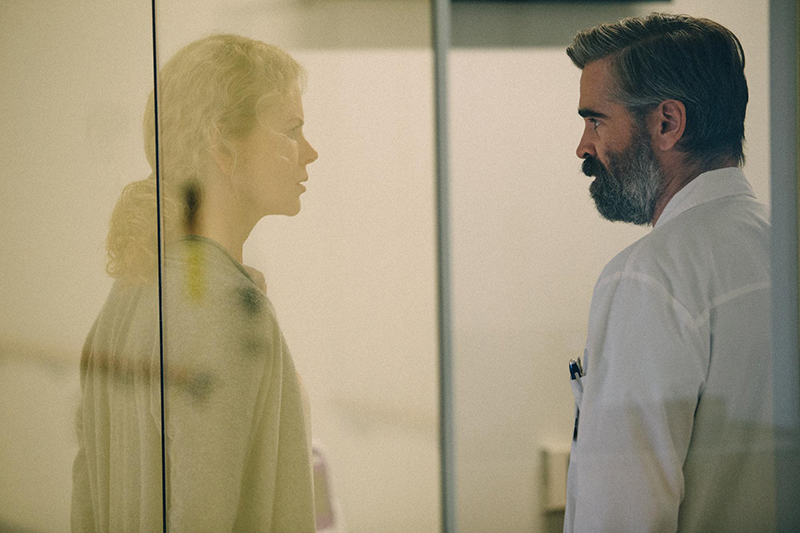 In less than a decade, Greek director Yorgos Lanthimos has conquered the international film crowd with a series of films that can be described as weird, quirky and controversial.
After a successful run in film festivals around the world, his latest, internationally acclaimed film, “The Killing Of A Sacred Deer“, starring Colin Farrell and Nicole Kidman, premieres in Greek cinemas this week. The film’s title is a reference to Agamemnon’s sacrifice of a deer, instead of his daughter Iphigenia, to the gods, in Greek mythology.
From the murderously dysfunctional family of “Dogtooth“, to the unusual notion of a group of people impersonating recently deceased individuals for the sake of their families in “Alps“, Lanthimos’ films offer us a peak into the vivid imagination and potentially disturbing mind of their creator.
Not since German-Austrian Michael Haneke, whose brilliant, violence-obsessed films in the 1990s and 2000s were synonymous with controversy, has there been any other director whose stories have been so deliberately provoking to the viewers’ established moral code.
“I like to construct films in a way that makes you feel a bit uncomfortable, but so you’ll still be able to enjoy them, be intrigued and start to think about the meaning of things – and hopefully by the end of it, you’ll have some strong desire to keep thinking about them,” Lanthimos said in an interview with The Independent.


His new psychological thriller The Killing of a Sacred Deer, is a tale following Colin Farrell’s cardiothoracic surgeon whose happy life is rocked by an ominous teenage boy (Barry Keoghan) who unleashes a plague on his unsuspecting family (Nicole Kidman, Raffey Cassidy and Sunny Suljic).
The only common characteristic of Lanthimos’ films, which are always flirting with different cinematic genres, is their dystopian premises. They carry established rules, an ensuing disobedience towards them, and the inevitable punishment said disobedience causes.
“Having rules means that sometimes people break them and that means punishment,” Lanthimos says. “I’ve not consciously decided that it’s an important issue I need in my films – it’s a result of the structure of them.”
Lanthimos’ films are as polarizing as films get – both internationally and domestically. In its Cannes Film Festival screening (where it won an award for “Best Screenplay”), the “Killing Of The Sacred Deer” received an equal amount of cheering and booing.
Back at home, Lanthimos’ films have dedicated fans and sworn haters. His dystopian universe has been polarizing Greeks since his first feature film “Dogtooth” was released back in 2009.
Nevertheless, his unique view of the world has convinced enough Hollywood producers and film stars to put their money, time and artistic vision to his hands. Already nominated for an Oscar, Lanthimos is considered among the most promising young directors in the world.
His next film, being shot these days, is The Favourite, starring Rachel Weisz as a duchess in a love triangle with Queen Anne (Olivia Colman) and her younger cousin (Emma Stone). It is a titillating 18th century period piece, an apparent departure from the imaginatively dystopian premises of his previous films.
But then again, so is his next project, a TV limited series for Amazon about the Iran-Contra affair in the 1980s, marking his third collaboration with Irish film star Colin Farrell. It will be his debut into the world of television and the first time he will be directing someone else’s script.