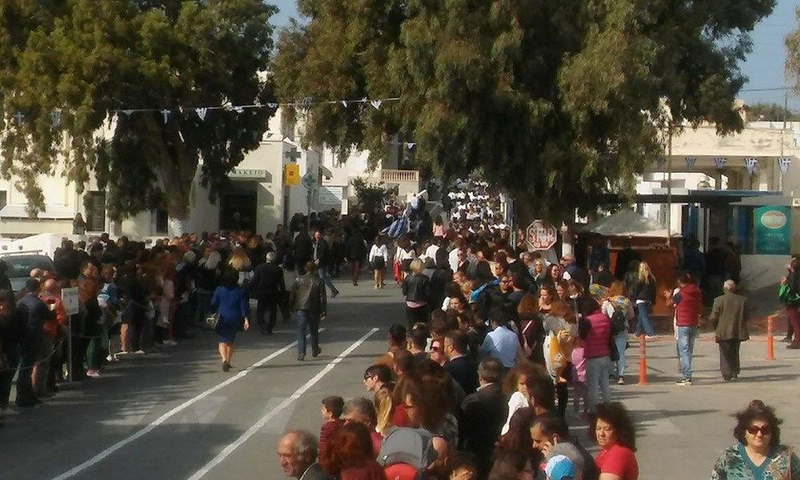 Neo-Nazi Golden Dawn party members have been violently disrupting events where foreigners are participating for years. This time they stopped a student parade from taking place, because the flag-bearer was a foreign student.
The event took place in the island of Santorini in an event preceding the traditional student parade for the “OXI Day” celebrations.
Just before the parade was about to start, 20 Golden Dawn party members and “sympathizers” wearing black t-shirts with “Hellas Ultra” printed on them, disrupted the gathering.
Their “argument” was that it was a shame for the parade to be led by a female student of Albanian decent, an A-student who was going to be the flag bearer for her school. 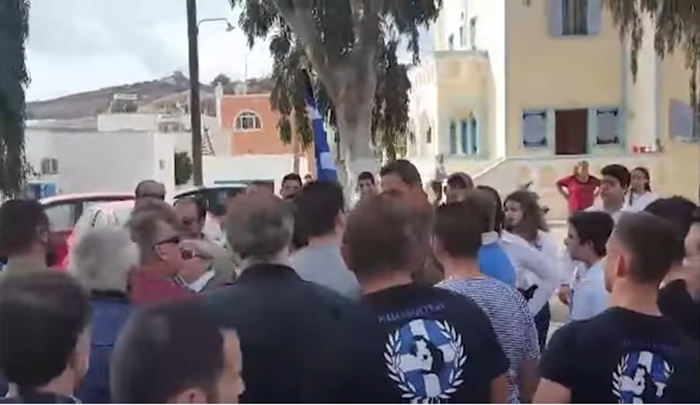 The Golden Dawn members, along with the few “sympathizers”, claimed that a foreign student bearing the flag amounted to an insult towards the country’s symbol.
They started shouting and terrorizing both the students who were getting ready for their parade and their parents. The police attempted to negotiate with them, but the atmosphere was already explosive.
Some of the parents booed the invaders while others, afraid of an escalation into violence, pulled their kids from the parade. As a result, the parade was cancelled.