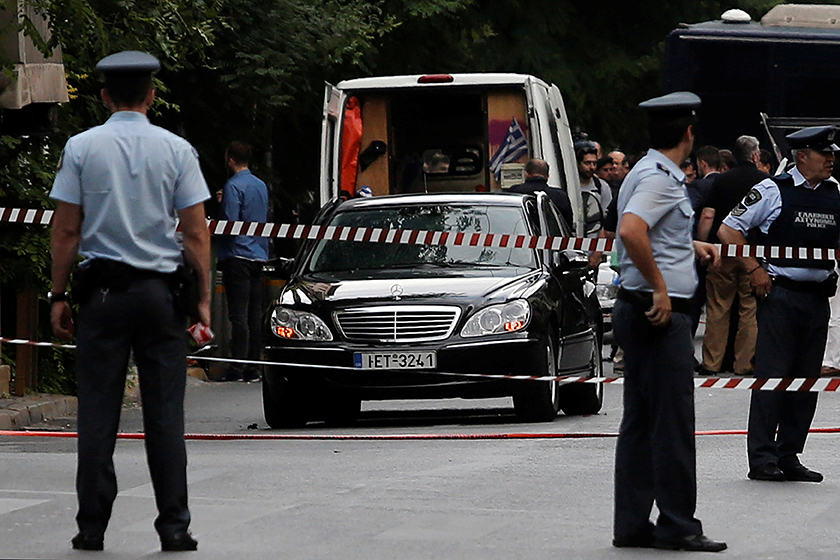 Greek authorities have arrested a man believed to have been involved in parcel bombs mailed to European Union officials and former Greek PM Lucas Papademos earlier this year.
In March, police intercepted eight suspect packages at an Athens postal sorting centre after the dispatch of booby-trapped parcels to the International Monetary Fund in Paris and the German Finance Ministry.
One parcel, mailed to former German finance minister Wolfgang Schaeuble was intercepted by the German Finance Ministry’s mail department. But a letter addressed to the International Monetary Fund in Paris exploded, slightly hurting an administrative assistant.
In May, former Greek prime minister Lucas Papademos and his driver were injured when a booby-trapped package exploded in his car in central Athens, in the worst act of violence targeting politicians in the country for several years.
The suspect denies involvement in the attacks or in the militant group Conspiracy of Fire Cells, which claimed responsibility for the parcel sent to the German Finance Ministry, a police official said.
The police had spotted him in videos bringing parcels to the post office on five different occasions and he was under surveillance for days.

Turkey is close to signing an agreement with Russia for cooperation in space, which could include sending a Turkish astronaut to space
Diplomacy