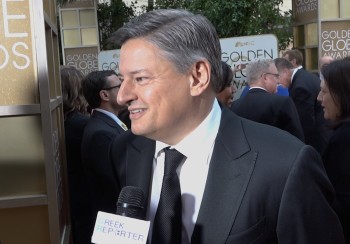 Ted Sarandos, the current Chief Content Officer of Netflix, has always been known for taking big leaps and risks to push the streaming service giant’s across the globe and create tons of innovative, original content.

Now, after spending $6 billion on content for Netflix in 2017, Sarandos estimates that the spending commitment for 2018 will surpass $7 billion, and has decided to increase the budget for content by $1.6 billion through an additional debt offering.

Though some experts see Netflix’s push to become ever larger by increasing their debt as a risky move, others say that Sarandos’ decisions are already paying off, as the service has repeatedly surpassed subscriber projections, for example earlier in 2017 when it added 5.2 million customers across the globe in just one quarter.

One thing is for certain: from the first shows that have come out (“House of Cards” and “Orange is the New Black”) to more recent offerings (“Stranger Things”, which is about to premiere its second season tomorrow, October 27), Netflix has become known for making a lot of unique, critically-acclaimed shows that are always pushing boundaries.

Let’s see what new content this multi-billion dollar budget will lead to next year.