The Unburied Heroes of the Greek – Italian War 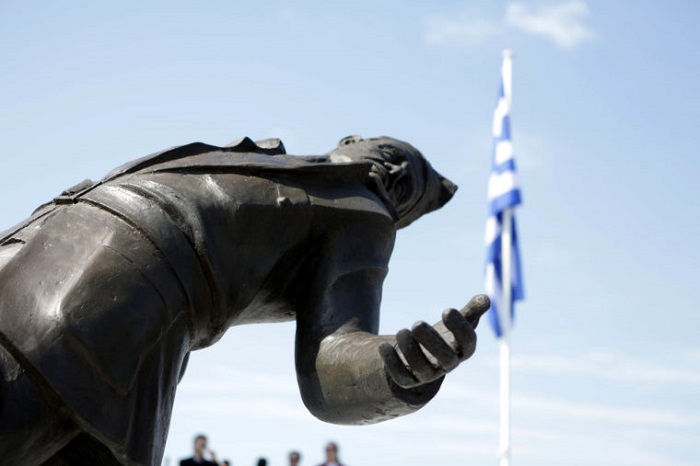 It has been 77 years since the beginning of the Greek – Italian war and many soldiers who lost their lives in battle are still lying in the fields and gorges of Albania, without a proper grave.
Each year on October 28, their children and their relatives go to Albania, to the battlefields of 1940-41, and light candles in the hope that somehow, they will find and identify their loved ones, according to an Athens Macedonia News Agency report.
“When the border with Albania opened, we began searching the battlefields. We dug the earth with our bare hands and we found disintegrated boots, army uniform buttons, bayonets, helmets, canteens, human bones,” a retired army officer who fought in the Albanian Front told the AMNA.
The army officer has dealt with the issue of the Greek soldiers who were never found to have a proper burial, or even a monument in the place that they fell. He has recorded testimonies of survivors, as well as recounts of residents of the regions where the war was fought.
Testimonies say that many were buried in mass military graves in the battlefield they fell. However, the burial of all soldiers who fell in battle was not always feasible. Many were left where they fell. Also, many who were wounded in battle were left there because they could not be collected by their fellow soldiers, and they eventually died. Some bodies were covered by snow, others were torn apart and eaten by wild animals.
Greek army records
Archives of the Army History Directorate show that from the beginning of the war until April 28, 1941 – when the Greek army surrendered to the Germans who had invaded from the north – the casualties on the Albanian front amounted to 13,936 officers and soldiers. Of the total of the dead in the operations against the Italians, 7,796 remained in Albania, buried or not buried; while 5,960 were buried in cemeteries within Greek territory.
First days of the war: October 28 – November 13, 1940
From October 28 until November 13, all Greek armed forces were gathered in the Albanian Front and preparations for large-scale offensive operations were completed.
Eleven Infantry Divisions, one Infantry Brigade, one Cavalry Division and one Cavalry Brigade with a total force of 232,000 men, with 556 cannons and 100,000 animals were already in place. Italian forces in Albania were reinforced by new arrivals from Italy in early November, with 250,000 men.
The Greek losses so far amounted to 548 dead officers and soldiers. At that time the dead were buried within Greek territory in organized cemeteries.
Second period of the war, November 14 to December 7, 1940
On November 14th, the Greek counter-attack began within Albanian territory and the Italians started to retreat.
By November 22, the Greek Army started taking over several Albanian towns and regions. By December 6, Greek troops advanced, further occupying more Albanian territories and the Italian army retreated further.
However, the heavy winter became the unexpected ally of the Italian army. The harsh cold, the snowstorms, the slippery terrain, the torrential rains, the mud, the rough roads and the lack of adequate food supplies became the most serious opponents of the Greeks.
The Greek losses of that period amounted to 1,558 dead officers and soldiers. All the dead were buried on Greek soil.
The “unfortunate” dead of the third period, December 8, 1940 to April 28, 1941
The Greek counterattack in Albanian territory subsided due to terrain morphology and the severe winter, bringing significant losses to both sides. The battles were reduced to trench fighting and skirmishes.
Harsh weather, heavy snowfall and transportation difficulties due to the heavy animal losses greatly increased the incidence of cold sores and colds. The death toll for the Greeks; mainly due to frostbite and secondarily to battle, reaches 7,796 officers and soldiers.
Several of the dead were covered by the snow where they were killed, and in many cases, their bodies were uncovered more than 60 days later when the snow began to melt.
From March 9 and on, the Greek forces were trapped in the bloodstained Hill 731, and resisted heroically to the Italian counter-attack. The Italian forces were strengthened by new arrivals and they pounded on the Greeks.
By April 28, Greek casualties amounted to 4,038 dead officers and soldiers. Many of the dead were abandoned after the collapse of the Greek army, but few were buried in makeshift graves by their fellow warriors.
“Monuments of honor” on the Front
Historian Agathoklis Panagoulias has undertaken a mission: the identification and burial of the soldiers who fell in the Albanian Front in military cemeteries. As he told AMNA, this year he will accompany the relatives of two fallen soldiers to the  Vouliarati military cemetery, as the process of their identification has been completed.
For over 15 years, the historian has been conducting a personal investigation into the battlefields and Greek minority villages in Albania in order to collect as much data as possible in the hope that “the national debt to the dead will be fulfilled.”
“Most have been buried close to the “place of honor” or near the military clinics and hospitals where they were dying,” Panagoulias said.
“From testimonies of elderly people that I have recorded, in the area of ​​Kleisoura, in the valley, Greeks and Italians were buried separately. The Greeks on one side and the Italians on the other. It should be noted that the worst battles with the most casualties for both parties took place there,” Panagoulias said. 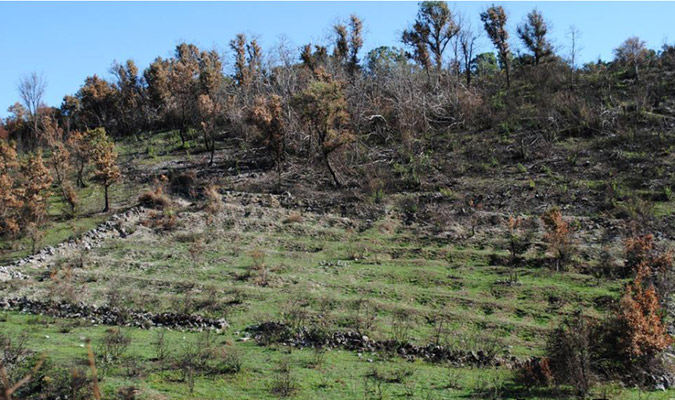 Greek State actions
Greece sought the dead of the Albanian Front immediately after the end of World War II, but that was almost impossible. The passage of time and developments in Albania made it extremely difficult to investigate.
The development of new settlements, the extension of towns and cities and the construction of buildings in the areas where soldiers were buried either by the elements or in makeshift graves made it impossible to locate them. Military cemeteries had been turned into farming fields and were cultivated. The bones of dead soldiers; who had been buried in shallow graves, came to the surface and were fractured when the fields were plowed by the tractors.
After the war, the Albanian Authorities imposed restrictions on Greek expatriates and tending Greek cemeteries and individual graves became difficult, much more so for any kind of investigation to find unburied Greek soldiers.
Immediately after the re-establishment of relations with Albania, Greece raised the issue of carrying out investigations, collecting bones and the construction of military cemeteries in Albania.
Even though talks of both sides on the issue started in 1984, the Albanian side’s attitude was negative. The standing position of the Greek side was that the bones of the heroic fallen soldiers in Albania during the Greek-Italian War of 1940-41 should remain in the place of their sacrifice, with the construction of military cemeteries-monuments.
In 1997, Albania finally agreed to allow investigations to find the dead soldiers but on condition that their bones should be transferred to military cemeteries in Greece.
Findings
From investigations so far, Greek military authorities have found:
– The bones of 59 identified dead found in the Military Cemetery in the village of Vouliarates
– The bones of about 330 dead placed in the church of Saint Nicholas in the Straits of Kleisoura.
– The bones of about 19 dead in the church of Delvinus.
– The bones of about 100 dead in the region of Korça.
– The bones of 69 fallen in the Kosin region, which have been seized by the prosecution after the tension created in 2006.
– In the village of Bidino, the monumental tomb of the three dead.
– In the estate of Ermioni Brigou, the bones of 6 dead Greek soldiers are buried.
Efforts continue
Consultations to reach a new agreement with Albania on the issue have continued. A new agreement was signed on February 2009 but has not been implemented, due to obstacles put by the Albanian side.
Today, relatives of the dead are still awaiting for the implementation of the agreement. The Hellenic Army General Staff website has a search application for the dead in the Albanian Front with information for those searching for their own dead. At the same time; at the 401 General Military Hospital of Athens, there is a DNA Identification Division dealing with the dead soldiers in Albania.