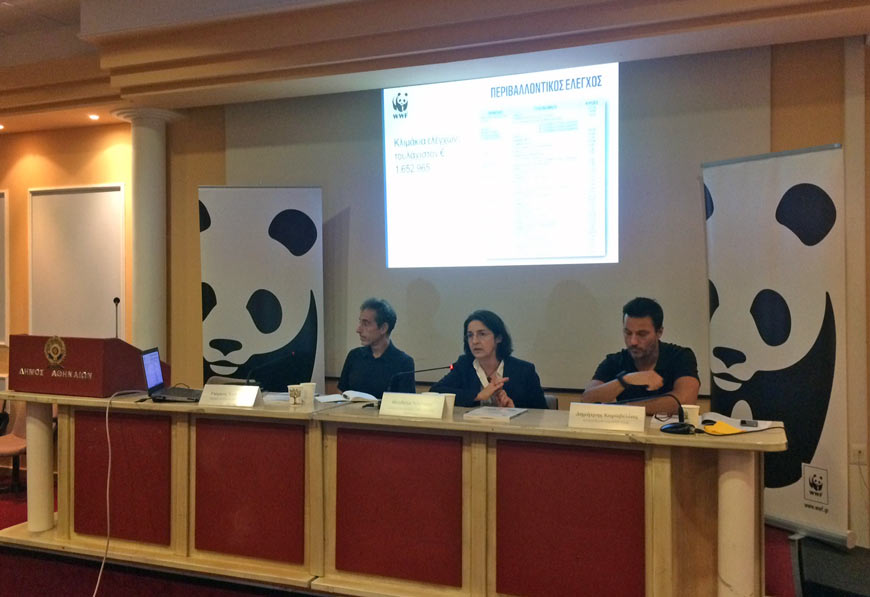 The World Wildlife Fund (WWF) is criticizing Greece for repeatedly violating European Union environmental laws, having the second-worst compliance record among EU member states.
According to the 13th Annual Report “Law and Environment in Greece: 2017 Report on the Implementation of Environmental Legislation”, Greece ranks second among its EU peers for noncompliance with EU court decisions, while also ranking second in pending cases due to violations of the bloc’s environmental legislation.
Illegal landfills is a continuous violation of environmental laws, as debt-stricken Greece has paid more than 37.3 million euros in fines for failing to comply with rulings by the European Court of Justice.
At the same time, the Greek state is failing to collect all fines imposed for breaches of environmental regulations. Characteristically, Greece has collected only 3.17 million euros in fines for illegal construction out of the 183.440 million euros imposed.
“A basic prerequisite for the effective implementation of environmental legislation is transparency, clarity of rules, and, of course, monitoring,” said Theodota Nantsou, WWF Greece policy director, calling for “uninterrupted access to environmental information, integration of forest maps, with no exceptions to the legalization of illegal acts, and the establishment of an independent environmental inspection authority that should report to the Parliament.”
“It is imperative to integrate the national system of protected areas with the necessary institutional safeguarding of management measures for Natura sites so that the rules for all activities are clear and clear to everyone. Lastly, it is necessary to stop the exceptional licenses, such as the single authorization of PPC plants and the extension of environmental permits without control”, Nantsou added.

Greek Orthodox Priest: “Pope, You Are A Heretic”