Despite Government Boasting Over Growth, Greeks Get Poorer, Businesses Keep Shutting Down 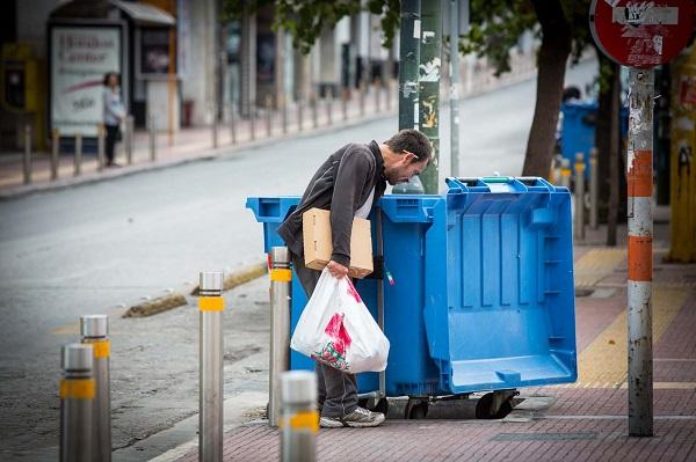 Greek Prime Minister Alexis Tsipras is packing his bags to leave for the United States for an official meeting with President Donald Trump. With him he will have an entourage of associates and businessmen in order to lure investors to Greece. His motto will be that the country’s economy is recovering and entering the path of growth.
Indeed, figures for the second quarter have been promising, mainly thanks to tourism. The finance ministry released figures showing a primary surplus slightly above the one projected. SYRIZA ministers and MPs parade on state television and private channels bragging about “good figures”. The same persons who three years ago were raging that “people should be above economic figures”, now appear like economy experts and talk of primary surpluses and growth indexes.
In addition, despite Tsipras’ boasting of lowering the unemployment figures, the truth is that more and more people work part-time or at temporary jobs, and get paid third-world wages. However, it is enough to erase some names in the unemployment office and make employment figures look better.
Yet, reality is far grimmer than the one concocted by Tsipras’ speech writers. The figures may be good, but Greek people are getting poorer every day. One only has to look at the lines in soup kitchens; at those who pick up discarded fruits and vegetables after farmers’ markets; at the Greeks who search in garbage bins for food or clothes; at the beggars on the buses; at the homeless; or at respectable-looking people who ask you for spare change or something to eat.
Furthermore, one has to also look at the endless lines in the electricity provider offices, or in the water supply offices. Greeks wait in line for hours to settle their electric bill, or their water bill. OK, the Public Power Corporation sells electricity as if it was gold, but failing to pay your water bill that is about 30 euros every six months is an indication that many Greek households are suffering.
A walk in central Athens and other neighborhoods has become a game of “spot the store that is still open”. In the eighth year of the economic crisis, retail stores and ma and pa shops in Athens close by the dozens each week, their owners unable to sustain. Stadiou Street; the popular road that connects Syntagma and Omonoia squares, now looks like a ghost town, with all the boarded-up stores that once were once true gold mines.
In the last week of September, Greece’s largest ice cream factory, Froneri Hellas, shut down, adding 102 people to the unemployment line. Froneri is the latest addition in the long list of once flourishing companies, that has succumbed to the crisis.
The figures that the government officials fail to acknowledge come from the Hellenic Statistical Authority, and cut through their lies. Consumption in the supermarkets has dropped. Sales of staples like bread and milk declined by 2.5-5%, even though the number of consumers has increased, if one takes into consideration a few hundred thousand migrants and refugees and even more tourists added to the consumer pool.
When people buy less bread, milk, fruits and other basic foods, then the economy is not good, no matter what Tsipras and his comrades say. The sad truth is that Greeks cut down on food in order to be able to pay the exorbitant taxes the leftist government has imposed on them, because if they don’t, they may even lose their house to the State.
And how has the Greek government achieved the great figures that they are bragging about? Simply by not paying its suppliers. State debt to individuals is growing. The most recent “victim” of growth are the publishers of university textbooks who threatened to stop distributing the books unless they get paid by the education ministry, which still owes them money from the 2015 academic year, as the president of their union says.
The primary surplus that Tsipras and his cabinet claim they have achieved is the equivalent of homeowners who are not paying their bills for two months. After two months they have a substantial “primary surplus” in the bank, but they will have to face consequences later.
The difference is that the Greek government has the power to pay its debt to its citizens whenever it pleases.