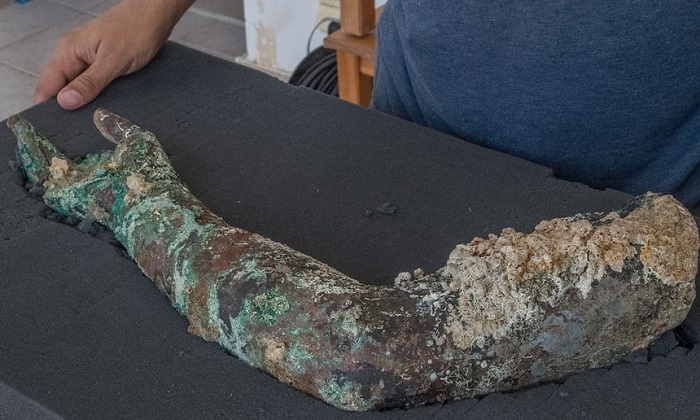 A bronze arm from the ancient shipwreck off the Greek island of Antikythera was recovered by marine archaeologists.
Divers found the right arm, encrusted and stained green, under half a metre of sediment on the boulder-strewn slope where the ship and its cargo now rest. 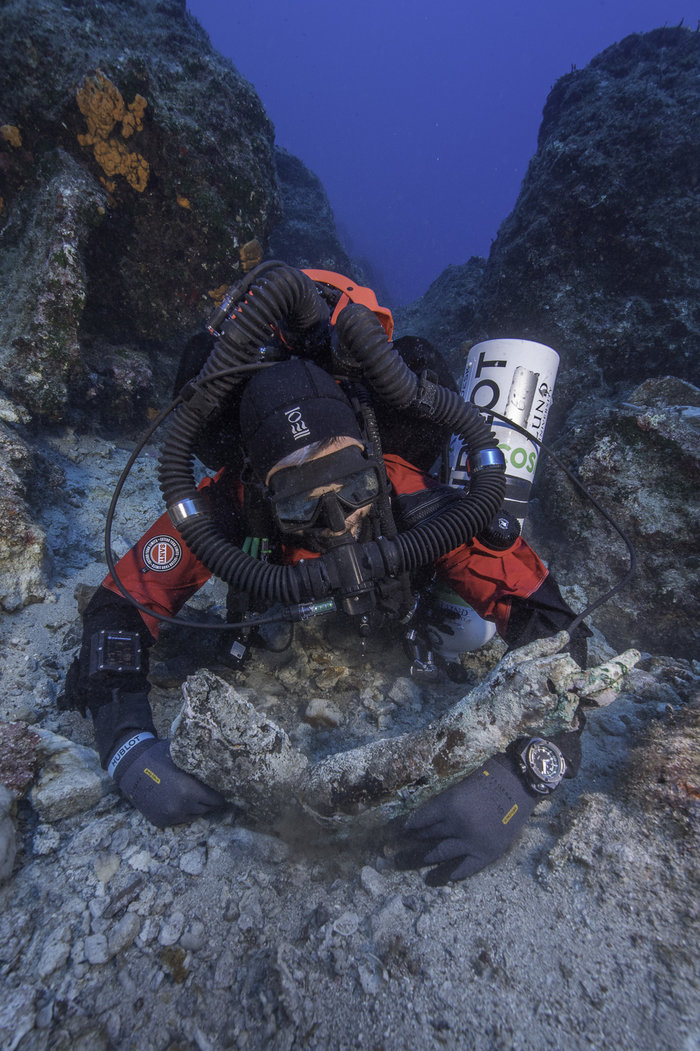 The huge vessel, perhaps 50m from bow to stern, was sailing from Asia Minor to Rome in 1BC when it foundered near the tiny island between Crete and the Peloponnese. 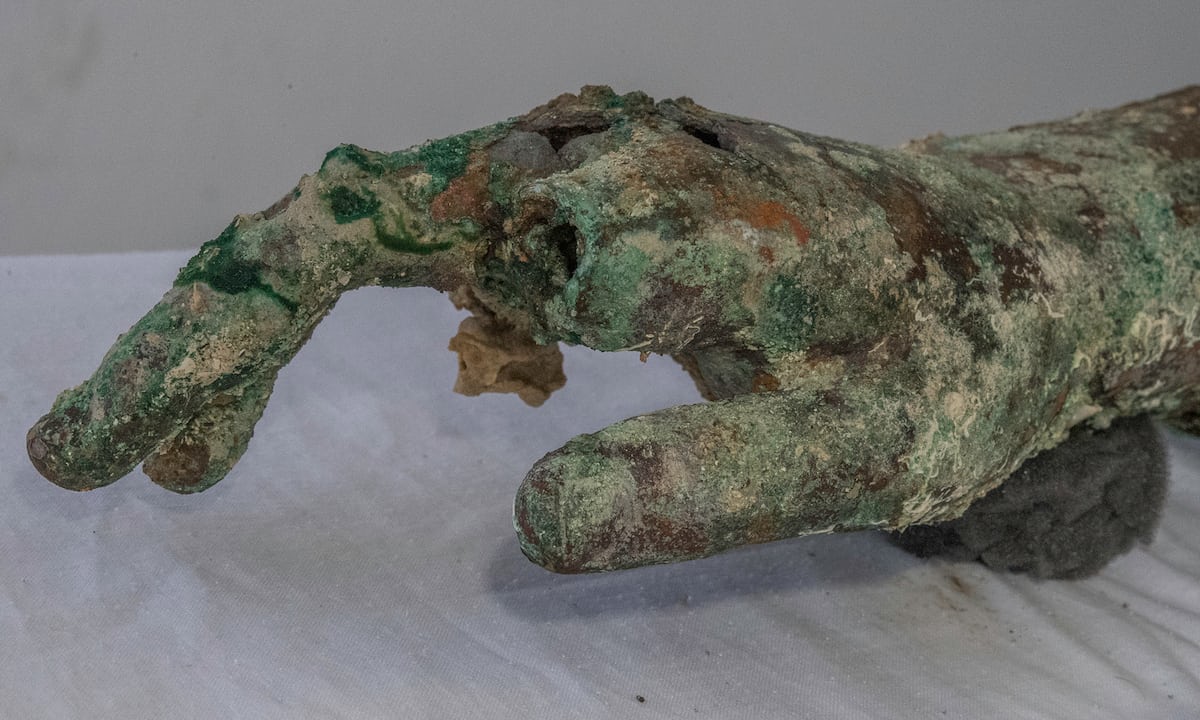 The bronze arm; probably from a statue of a male, is the highlight of the team’s 2017 excavation season. Among other objects the divers recovered are a patterned slab of red marble the size of a tea tray, a silver tankard, sections of joined wood from the ship’s frame, and a human bone.


The project team, from the Greek Ephorate of Underwater Antiquities and Lund University in Sweden, discovered the buried arm with a bespoke underwater metal detector which has revealed the presence of other large metal objects nearby under the seabed.
Archaeologists say that the remains of at least seven more priceless statues from the classical world are believed to lie buried.
“There should be at least seven statues,” Alexandros Sotiriou, a Greek technical diver on the team told the British paper, The Guardian.

The wreck discovered more than a century ago has already yielded an ancient astronomical computer — known as the Antikythera Mechanism — as well as statues and thousands of other artifacts.