GRNews
GreekReporter.comGreeceArchbishop of Athens Criticizes Gov't over Gender Identification at 15

Archbishop of Athens Criticizes Gov't over Gender Identification at 15 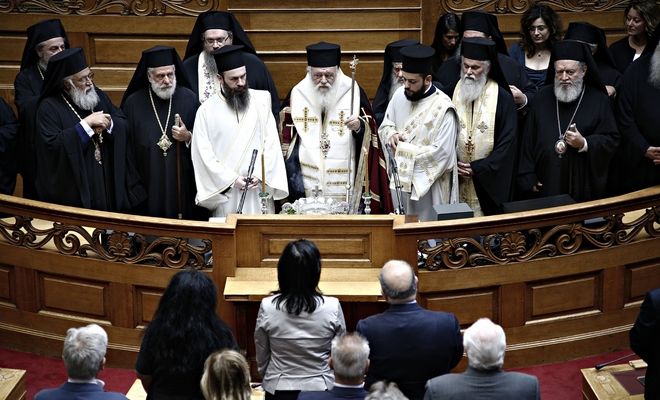 On Monday, Archbishop of Athens and All Greece, criticized the government and expressed his opposition over the gender identification bill to be tabled in parliament this week.
The bill – that is expected to be voted by the majority in the Greek Parliament – says that a person can choose their gender identity by the way they feel at the age of 15, irrespective of what gender shows on their birth certificate.
“All that is game playing. The Church has its own views. Our homeland has its own traditions, it has the family, everything else is just contrivances so that we waste our time,” Ieronymos said.
The archbishop also criticized House Speaker Nikos Voutsi, who has said that there should be a separation between Church and State. “Have you considered what the role of the Church is, not only in Europe but the entire world?… The [Church] has more to offer than all [the country’s] embassies”, he said.