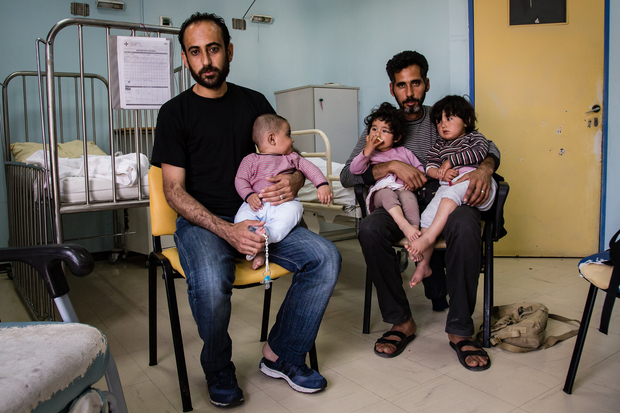 Refugees and migrants in Greece receive little or no medical care for most health problems they face, and fewer than half of those pregnant have access to maternal care, the aid group Doctors of the World announced.
Doctors of the World interviewed over 14,000 women; from a total of 60,000 refugees treated at its clinics in Greece over three years, and found fewer than 47% had access to antenatal care before it intervened.
It also found as many as 72% of the health problems refugees faced were treated “inadequately” or not at all.
While most countries offer new arrivals some kind of medical screening, the quality was “questionable” and overlooked mental health problems, the charity said.
Often, women did not seek medical care because they were unaware of their rights, they found the healthcare system too complex or they were afraid of being arrested or discriminated against.
Limited resources and lack of access to services such as translators, also posed practical obstacles.
The charity, together with Merck Sharp & Dohme (MSD), is implementing a two-year initiative aimed at providing maternal healthcare services to pregnant women and babies from vulnerable populations in Greece.
Asylum seekers in Greece have free access to hospitals and medical care but the public health system, already battered by years of economic crisis, is struggling to cope with the numbers.