GRNews
GreekReporter.comGreek NewsEconomyFormer PM Simitis: Social Consciousness is on the Decline in Greece

Former PM Simitis: Social Consciousness is on the Decline in Greece 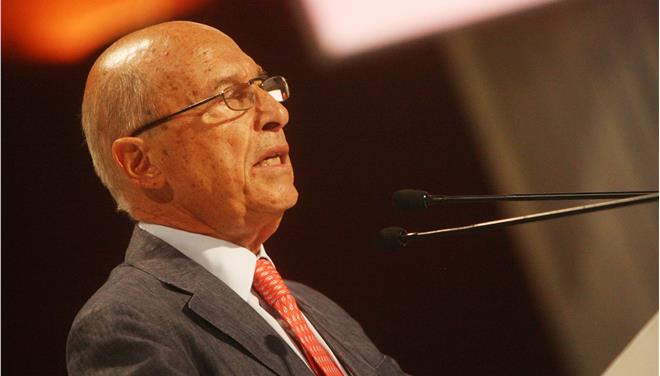 Former Greek prime minister Costas Simitis said that the worst trauma caused by the economic crisis is the decline of social consciousness.
Simitis wrote an article in the Sunday edition of Kathimerini where he said, among other things, that the government’s promise that by 2018 Greece will be free to decide on its own policies is a “fairytale”.
The former PM argues that the two-fold problem of the economic crisis is that its effects are not limited to the unprecedented economic downturn, but also caused a dramatic decline to social consciousness.
“Social consciousness is strengthened as long as citizens realize that the ways of common understanding and action are being implemented, improved, and they provide solutions to their problems. On the contrary, it is limited when there is strong rivalry, arbitrariness and unilateralism in exercising rights and obligations when the citizen finds that coexistence rules are systematically violated. This is exactly what is happening in Greece today,” Simitis notes.
The former prime minister stresses that “political parties have avoided recognizing their responsibilities in bringing and managing the crisis,” and notes that political leaders used myths and coarse lies during the economic crisis.