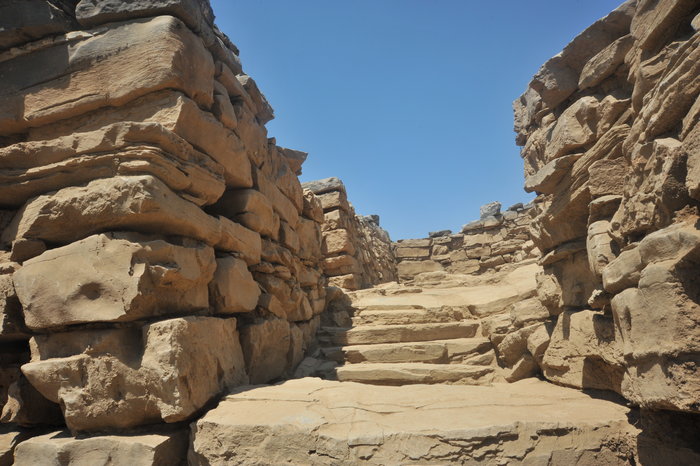 Greece’s Ministry of Culture has released new pictures of findings from the Minoan palace of Zominthos in Psiloritis, Crete.
The underground palace of Zominthos which was discovered in the 1980s, revealed more  secrets in this year’s excavation that took place in July and August. New impressive entrances, a rare coin of the Marcus Aurelius era, and other finds confirm the importance of the huge, labyrinthine structure.
More parts of the Minoan structure, built at an altitude of 1,200 meters, have come to light, such as the large halls that supported the upper floors with central pillars and columns, and its luxurious floors. Also, masterpieces of metallurgy from an ancient era have been found in its ruins. 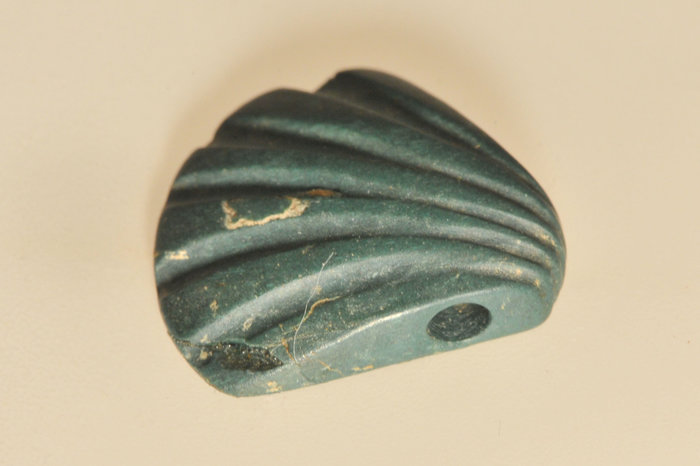 The findings indicate that the palace was used by the Mycenaeans, initially, and the Romans, subsequently.
Two new entrances have been found in the structure, of which the first on the northeastern corner of the palace is particularly elaborate, with an anteroom with desks on both sides. This entrance leads to the great sanctuary on the eastern wing in which an altar has been revealed.
During the recent excavation, the entrance on the Southeastern corner was also discovered, but it was not in good condition. It underwent many modifications in later years (by the Mycenaeans and Romans), but also suffered great damages by  antiquities’ smugglers, in the 1960s.
Another internal stairway was discovered during the excavation, while the walls, some of which still stand up to three meters high, prove that the building was multistory. Its large halls supported the upper floors with central pillars or columns. The floors, which have come to light this time, with their glittering limestone and other pebbles, indicate a luxurious interior. Also, the frescoed mortars that adorn the rooms, offer a glimpse of the times, and its inhabitants. 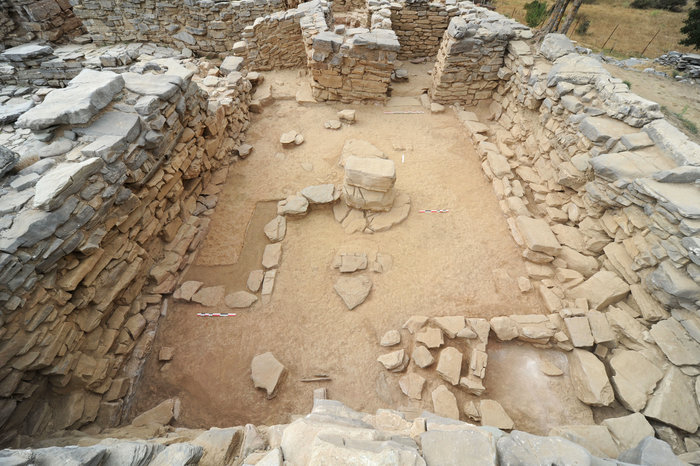 Above the metallurgical workshop, certain seals were found, with one of them representing a holy knot. A claw-shaped pendulum, made of rhinestone with a coil-like decoration, and a vase part with a relief decoration of a small pig were also found. Pig-shaped designs have been found in sanctuaries of the Copper Age like in Phaistos, and are associated with the later worship of Cretaceous Zeus.
In the adjoining room, the stone cases found indicate that they contained precious objects. Small objects, such as a small bronze scarab, a local imitation of the Egyptian scarab, a seal and many sea shells, indicating that marine deities were worshiped in that area, as in Knossos. Many vases were also found in the same room.
Other objects the excavations unearthed include: textbooks, stone pots, seals, a bone tile that resembles those that adorn the famous Knossos shrine, portions of a large pithos (a large storage container) and earthenware.