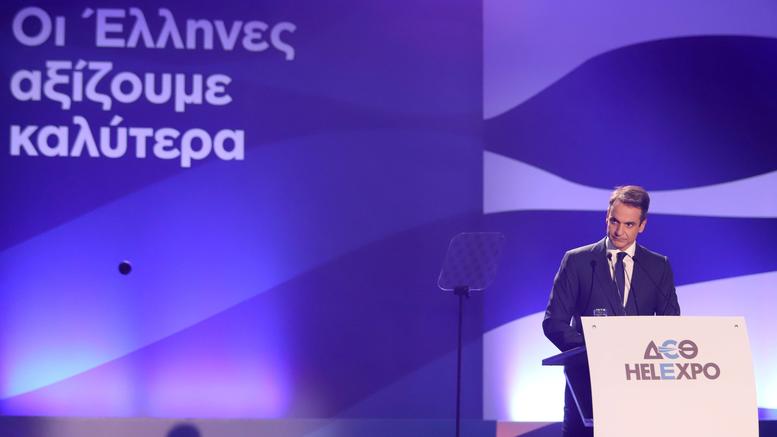 Greek opposition leader Kyriakos Mitsotakis laid out a wide-ranging reform package during a nationally televised address on Saturday, with pledges of lowering taxes, a smaller public sector, a much more business-friendly environment and stepped-up job creation for the younger generations.
In his annual economic speech during the TIF, Mitsotakis, leader of the center-right New Democracy party, reiterated that, if elected, he will work to overturn a constitutional ban on private universities.
“Greeks do not deserve to live in misery and a constant impoverishment,” he said from Thessaloniki, where a major trade exhibition in the country is continuing.
“Greece cannot be a poor example of some Latin American republic” he said, calling on the current leftist-rightist coalition government to give up power.
Mitsotakis said he supports private (non-profit, non-state) universities, focused on the creation of new jobs for the long-term unemployed, mentioned a fairer social net for the underprivileged and promised more cooperation between the state unit and the private sector.
“Our priorities are a  major increase of investment, reduction of tax burdens, a rationalization of the state,” he stated, adding that his and his party’s priority is to accelerate emblematic investments.