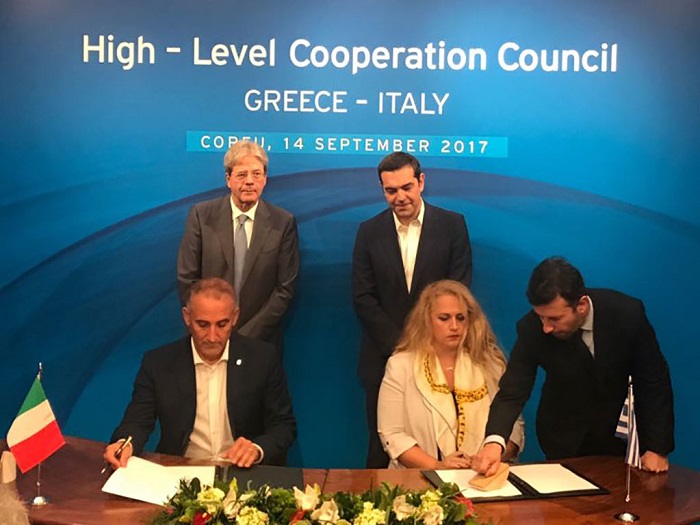 On Thursday, Greece finalized the sale of railway operator TrainOSE to Italy’s Ferrovie dello Stato, and Greece expects hundreds of millions of euros to be invested in the country’s aging rail infrastructure over the coming years.
Ferrovie Dello Stato is the third largest railway company in Europe, and they have agreed to enhance and grow TrainOSE using its know-how and expertise to create a significant railway service company.
Greece will fetch 45 million euros from this sale, and expects a further 500 million euros in railway investment from the Italian company, Prime Minister Alexis Tsipras said, a crucial boost for a country hungry for investment as it emerges from a debt crisis.
The deal was signed in the island of Corfu, where Tsipras and his Italian counterpart Paolo Gentiloni, along with a group of ministers, met to boost ties in energy, finance and migration.
“It’s a very important investment, and I would say the beginning of a series of very serious Italian investments in the Greek economy,” Tsipras said in a joint news conference with Gentiloni.
Ferrovie said on Thursday that it was ready to spend up to 500 million euros in Greece in the coming years, mainly to buy new trains, if conditions allowed it.
Athens had to privatize TRAINOSE or shut the firm down, and return about 700 million euros to the European Union in state subsidies that the country extended to the company in the past.
Greece wrote off this debt, after an approval by the European Commission.