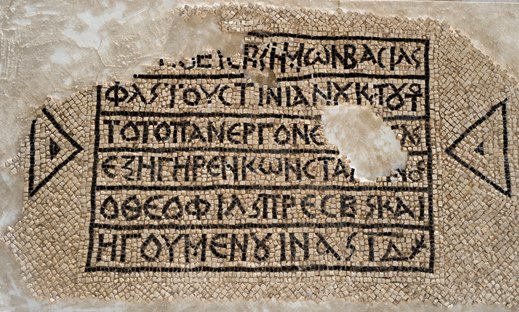 A Babylonian clay trigonometry tablet and a reed pen precedes the Pythagorean Theorem by at least 1,000 years and is accurate today, according to a Guardian report.

Scientists seem to have deciphered the 3,700-year-old broken clay tablet, which belongs to the collections of Columbia University.

A University of New South Wales in Sydney team believe that the four columns and 15 rows of cuneiform – wedge shaped indentations made in the wet clay – represent the world’s oldest and most accurate working trigonometric table, a tool which could have been used in surveying, and in calculating how to construct temples, palaces and pyramids, the Guardian says.

Daniel Mansfield, of the university’s school of mathematics and statistics, called the Babylonian tablet “a fascinating mathematical work that demonstrates undoubted genius” – with potential modern application because the base 60 used in calculations by the Babylonians permitted many more accurate fractions than today’s base 10.

The professor and colleague Norman Wildberger say that while mathematicians understood for decades that the tablet demonstrates that the theorem long predated Pythagoras, they have never agreed about the intended use of the tablet, according to the report.

“The tablet not only contains the world’s oldest trigonometric table; it is also the only completely accurate trigonometric table, because of the very different Babylonian approach to arithmetic and geometry. This means it has great relevance for our modern world. Babylonian mathematics may have been out of fashion for more than 3,000 years, but it has possible practical applications in surveying, computer graphics and education. This is a rare example of the ancient world teaching us something new,” Wildberger said.

The tablet also long predates the Greek astronomer Hipparchus, traditionally regarded as the father of trigonometry. “(It) predates Hipparchus by more than 1,000 years. It opens up new possibilities not just for modern mathematics research, but also for mathematics education,” Wilderberg said.