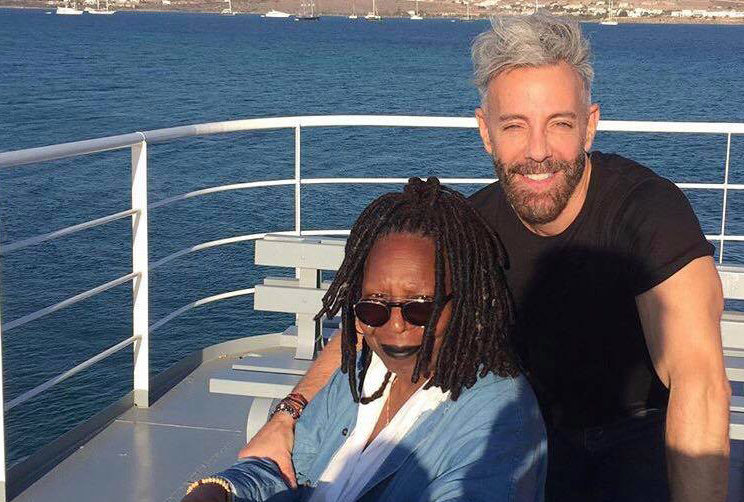 Hollywood Oscar-winning actress Whoopi Goldberg is enjoying her vacation on the island of Antiparos and, allegedly, has expressed her desire to locals, to buy a summer home there .
Reportedly Goldberg arrived on Antiparos, accompanied by her sister and two close associates, and brought her puppies with her. According to reports, Greek-American film industry executive Jim Giannopoulos hosted the famous actress in his villa.
According to locals, Goldberg visited clothes stores, drank tsipouro in taverns, danced in a rock bar and truly enjoyed her stay on the island.


Television host Fotis Sergoulopoulos, who happened to be vacationing on the island at the same time, spoke to Goldberg and they were photographed together.
Antiparos island is a place coveted by many celebrities as a vacation home spot. Hollywood star Tom Hanks and his Greek-American wife, actress Rita Wilson own a villa on the island and spend their summers there.