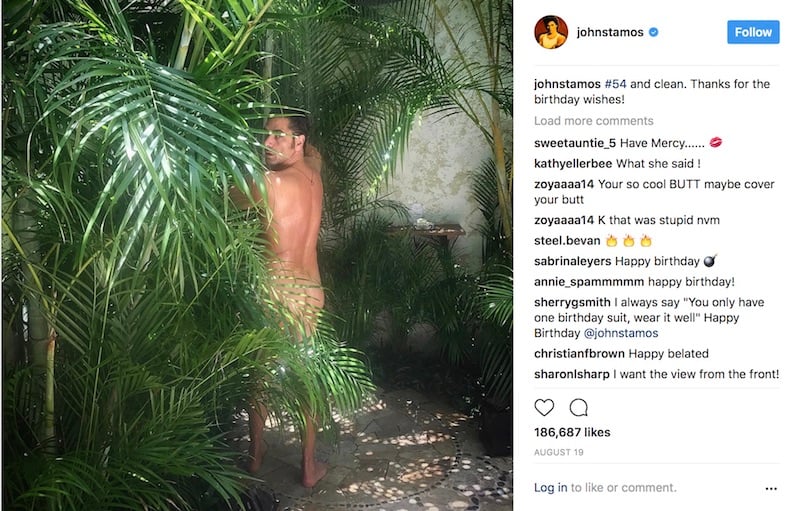 John Stamos uploaded a naked photo of himself on Instagram to celebrate his 54th birthday, making many of his fans around the world respond with Uncle Jesse’s famous catch phrase on “Full House” – “Have mercy”!

Stamos turned 54 on Saturday, August 19, and uploaded two photos to his social media: one of himself naked among palm fronds, taken from the back, and another more serious, introspective post of himself as a young boy.

Under his second photo, Stamos reflected on his life up until his 54th birthday, remarking “It’s a wonder just how much of life sits before me eagerly (almost impatiently) waiting to reveal it’s gentle, imperfect, often unimaginable beauty….When I’ve been willing to suspend my judgment, hold my criticism, proactively find the positive, and most importantly embrace wonder, I’ve found authentic happiness.”

The “Fuller House” star has been having a great run of TV roles lately, and recently embarked on a directorial venture with the show “Ingenue-ish”.