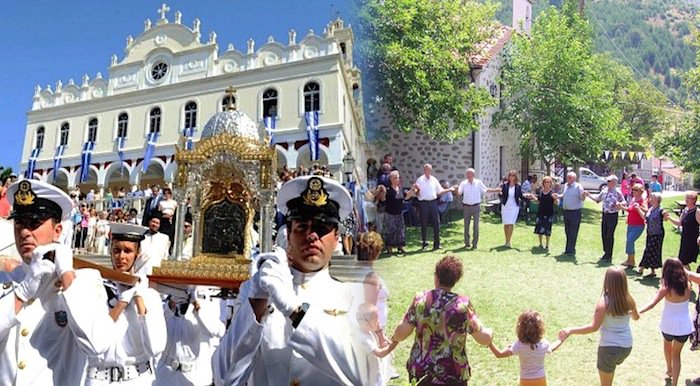 On August 15th Greeks all over the country will celebrate one of Christianity’s most significant days, the Dormition of Virgin Mary (Panagia).
Some call this day “the summer Easter” to show the importance of the celebration, and many thousands of people attend religious services throughout the country.
The public holiday provides also the perfect excuse for Greece to throw a grand party. 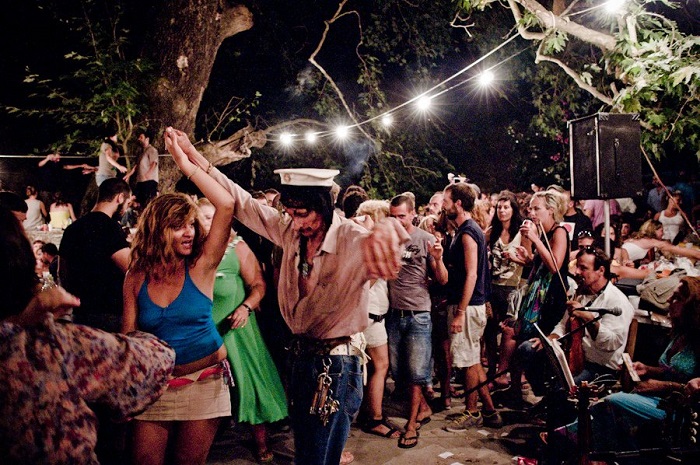 For Greeks, the Panagia is the mother of all men, a source of protection and comfort.
To mainlanders, she is mother earth and to islanders she is mother sea. To this day, she is revered and invoked, and asked to perform miracles from the most mundane to the most awesome.
Every city, town, village and hamlet around the country has a church or chapel dedicated to the Panagia and in most she is given a last name indicating either the miracles she is expected to perform or the graces she is endowed with: Panagia the Healer, the Merciful, the Graceful, the Sweet-Talking, the Savior of Souls, the Mistress of the Angels, the Philanthropist…
And on August 15, they throw her a party.
Here are some of the most iconic places where Virgin Mary is celebrated on August 15:
TINOS: Greek nation’s Virgin Mary
The icon of Virgin Mary was discovered underground on January 30, 1823, after many excavations.


St. Pelagia was then a nun on the island and one night she dreamed of a lady who explained how much she had suffered all those years buried. The lady ordered the nun Pelagia to wake up early in the morning and begin digging in the field of Ant. Doxaras to find her ruined mansion.
After many futile efforts, they discovered the icon of Virgin Mary in the Kechrovouni area. A few years later and until today, officials decided to celebrate Her Grace from August 15-23.
IMATHIA: Pontian Greeks’ holy figure of Panagia Soumela
Panagia Soumela, the Virgin Mary’s church located in Imathia area, is the symbol of Pontian worship to Her. The icon of the Virgin Mary was iconographed by Evangelist Luke, but after his death, his apprentice, Ananias, transferred the icon to Athens and it was renamed Panagia Athiniotissa.

In the late 4th Century A.D., Virgin Mary appeared in front of monks Sofronios and Varnavas as a vision and asked them to follow her to build a monastery in Her favor. They headed for the Mount Mela where they were forced to stop. That’s why Virgin Mary is called Soumela, since in the Pontian dialect “sou Mela” means “at Mela (mountain).”
In 1952, the Greeks brought Soumela’s icon to Imathia area and built a church to honor Her Grace.

PAROS: The Virgin Mary Church’s 100 doors
According to tradition, this church of Virgin Mary on Paros island, which is also called Panagia Ekatontapiliani, has 99 visible doors and one that cannot be seen. The 100th door will be revealed only when Greeks occupy Istanbul, which they call Constantinople, again.

KEFALONIA: Virgin Mary’s snakes
The Dormition of Virgin Mary Church is located in Markopoulo village on the island of Kefalonia and according to locals, from August 6 through 15 many snakes of all sizes can be found inside and outside the church, earning them the name Virgin Mary’s snakes. 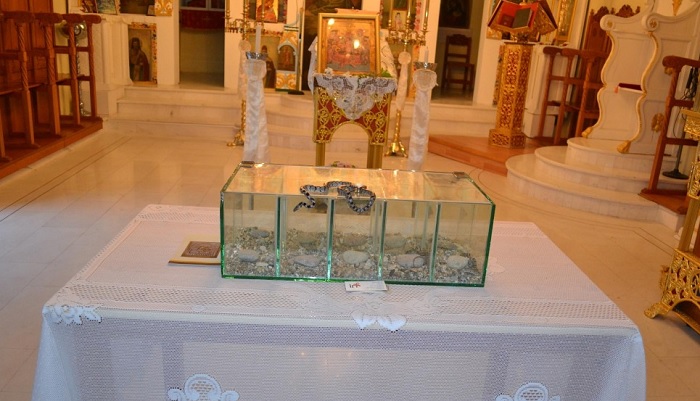 Myth has it that there was a monastery in this area. One day, pirates attacked and nuns asked Virgin Mary to turn them into birds or snakes to save themselves. Since then, snakes appear in the temple on the Assumption Day but do not attack worshippers. People believe it’s a bad omen if snakes do not appear, as happened in 1940 and in 1953, when the island was hit by major earthquakes.
KOUFONISSIA: Worshippers go to church on boats
Many Christians celebrate the holiness of Virgin Mary on Koufonissia. After the service, worshippers gather around the church and are offered food. After the feast, they organize a kind of a sailing race with their boats.
ZAGOROHORIA in Ioannina: Epirotic paniyiria
Three-day-long paniyiria are held in many villages of Zagorohoria in Ioannina. All together, locals and visitors attend the service and celebrate till the early morning hours with much food and wine, as well as with traditional dances of Epirus. 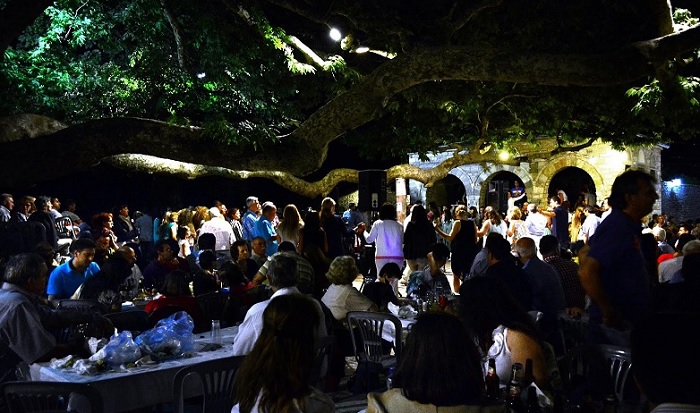 These are only some customs and festivals organized all over Greece on August 15 in honor of Virgin Mary. Whenever one is found on that Day, they will definitely find several other events and paniyiria to celebrate!