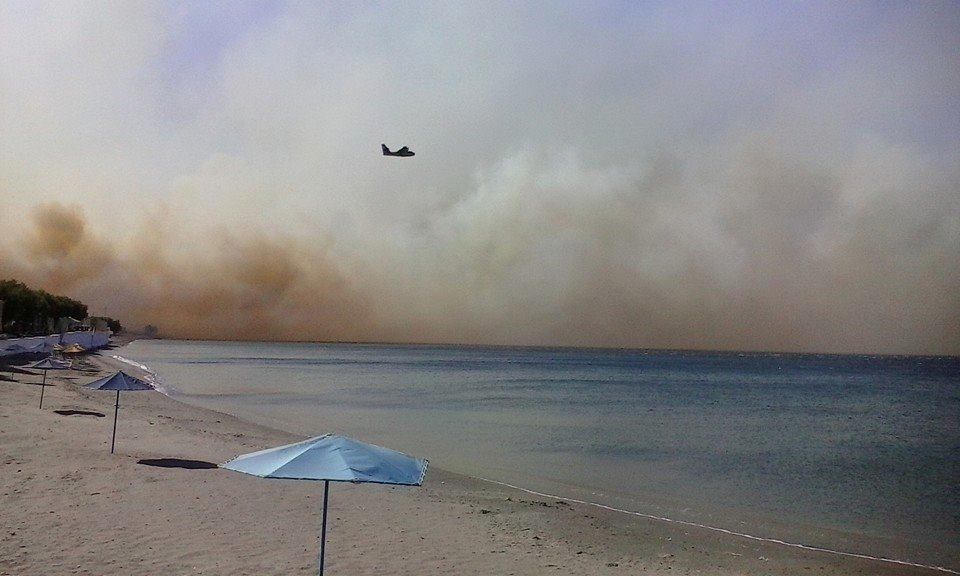 Firefighters were able to once again contain the wildfire burning on Kythira island or the fifth day on Tuesday, after the flames were briefly rekindled in the southern part of the island, the fire brigade said.
Firefighting aircraft and helicopters continued dropping water, working along the numerous teams of 116 firemen with 38 vehicles and 83 men on foot deployed on the island. Authorities said there were no active fronts.
On Monday, Agriculture and Food Minister Vangelis Apostolou told the Athens-Macedonian News Agency the fire is “a huge disaster, mainly environmental”, with over 1,500 to 1,700 hectares of low vegetation and forest destroyed.
Source: AMNA