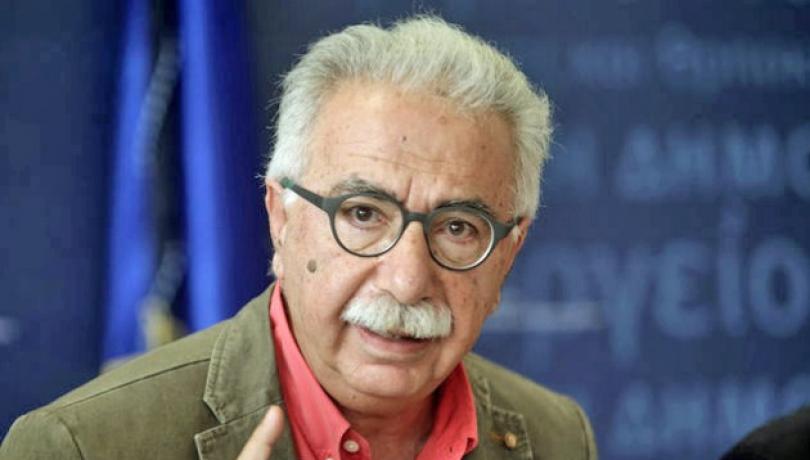 A new controversy concerning flag bearing in school parades and flag raising was caused Sunday, after allegations from a Sunday newspaper that Education minister, Kostas Gavroglou opted out of his military service in the 1970s using a disputed law created by the then military dictatorship.
According to the report by the Eleftheros Typos’ Sunday edition, Gavroglou made use of a 1970 ruling by the junta, which allowed those born in Istanbul and studying abroad to opt out of their military service by paying a not so insignificant fee.
The report mentions that the minister used the ruling and avoided his military service by paying 3.200 drachmas (a significant amount of money for a middle class household at the time) in 1971.
The reason this alleged revelation has caused a political uproar by the opposition, is because the minister was the signatory of last week’s ruling, according to which flag bearers in Greek schools will be no longer selected by their school achievements, but by a draw.
During the parliamentary debate, Gavroglou stated that “everyone serves in the army, not just the ‘A’ students”. Based on this statement, the opposition is accusing the minister of cynicism and hypocrisy.
Responding to the allegations, Gavroglou accused the opposition of “lunacy”, but New Democracy counter-accused him of not offering a clear response to the allegations reported.