Wildfire Rages for a Second Day on Kythira Island 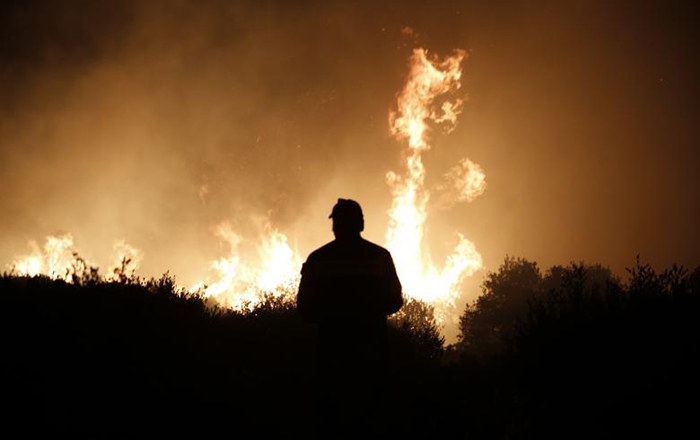 Fire fighters have been struggling all day and all night to extinguish the huge wildfire that broke out on the island of Kythira on Friday morning. One settlement was evacuated and power outages occurred.
The fire broke in the agricultural area of Pitsinades, Mylopotamos. Strong winds caused the fire to spread quickly.
Fire fighters, water dropping aircrafts and helicopters were deployed from the Peloponnese in order to assist local forces.


At one point, the mayor of Kythira called on residents of Kypriotianika to be on alert, he later decided to evacuate the settlement as a safety prevention measure.
More than 85 fire fighters, three aircrafts and one helicopter, as well as volunteers continue their efforts to put the fire under control. 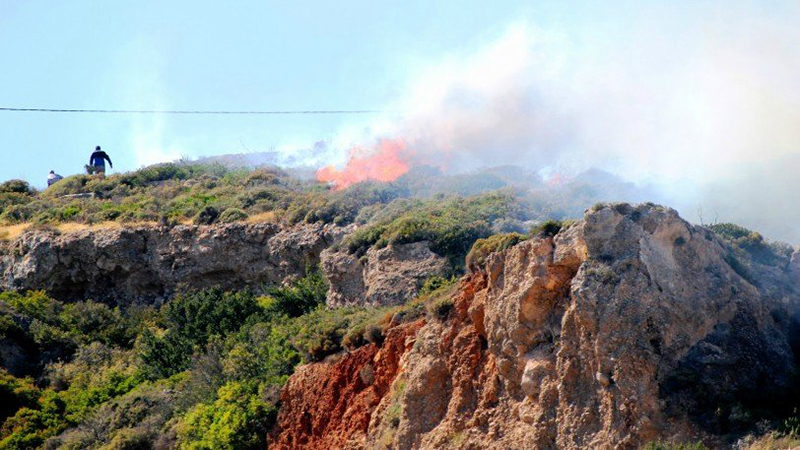 Several settlements and villages remained without electricity for several hours. There is no information on whether power has been restored as of Saturday morning local time.