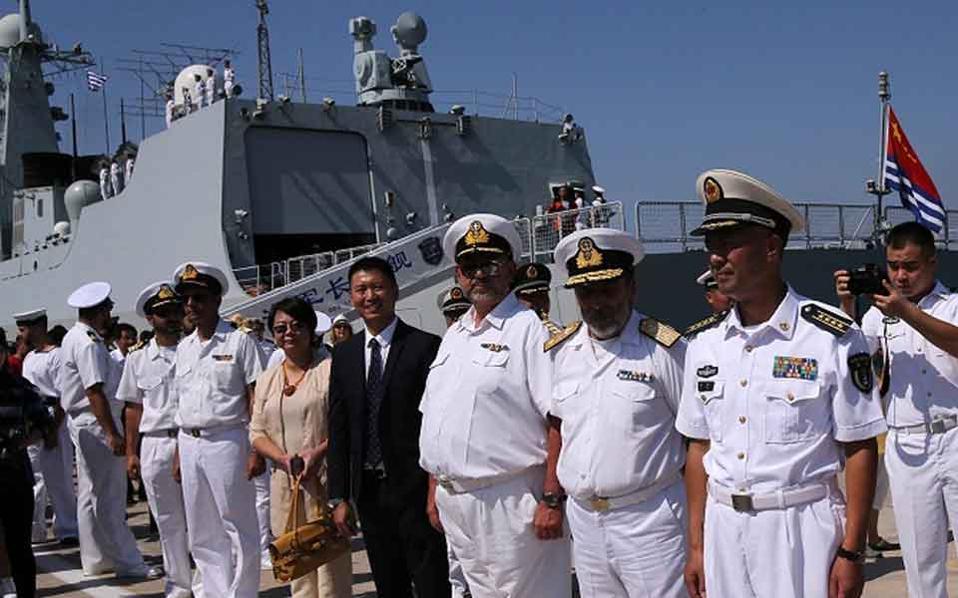 A Chinese naval fleet arrived at Piraeus Port on Sunday for a four-day friendly visit to Greece, conveying a message of friendship and cooperation, according to Xinhua news agency.
Missile destroyer Changchun, missile frigate Jingzhou and supply vessel Chaohu docked at Piraeus, receiving a warm welcome by Greek and Chinese officials as well as over 1,000 China nationals living in Greece.
“I want to welcome you and your ships in the port of Piraeus. The recent relationship between our countries is at a very high level due to commercial and cultural cooperation and we are looking forward to be better,” Commodore Georgios Agrafiotis, Commander of the Naval Command of Aegean, said during the welcome ceremony.
“The Naval Task Group 150 of the Chinese People’s Liberation Army departed from Shanghai on April 23 and during the mission we will conduct maritime training and goodwill visits to Asia, Europe, Africa and Oceania,” said Rear Admiral Shen Hao, Commander of the Chinese navy fleet, while addressing the event.
The Escort Task Groups of the Chinese Navy have been offering protection to Greek commercial ships since 2008, while the Greek Navy has helped the Chinese side evacuate overseas Chinese nationals from war-torn areas in recent years, Gao Wenqi, Charge d’Affaires of the Chinese Embassy in Greece said in a speech at the ceremony.
This year marks the 45th anniversary of the establishment of diplomatic relations between China and Greece, the visit of Task Group 150 will reinforce the friendship between the armed forces and ties between the two countries and peoples, he said.