2 Dead on Kos Island from 6.4 Earthquake Off Turkey's Coast (video)

At least two people have died and at least five have been seriously injured on Kos Island in Greece, from a major earthquake that occurred in the first hours of Friday on the Turkish side of the Aegean Sea.
The strong earthquake of magnitude 6.4 hit at 1:32 off the Turkish coast North of Rhodes and East of Kos. The sea level on Kos rose after the quake flooding areas of the island and damaging the port. 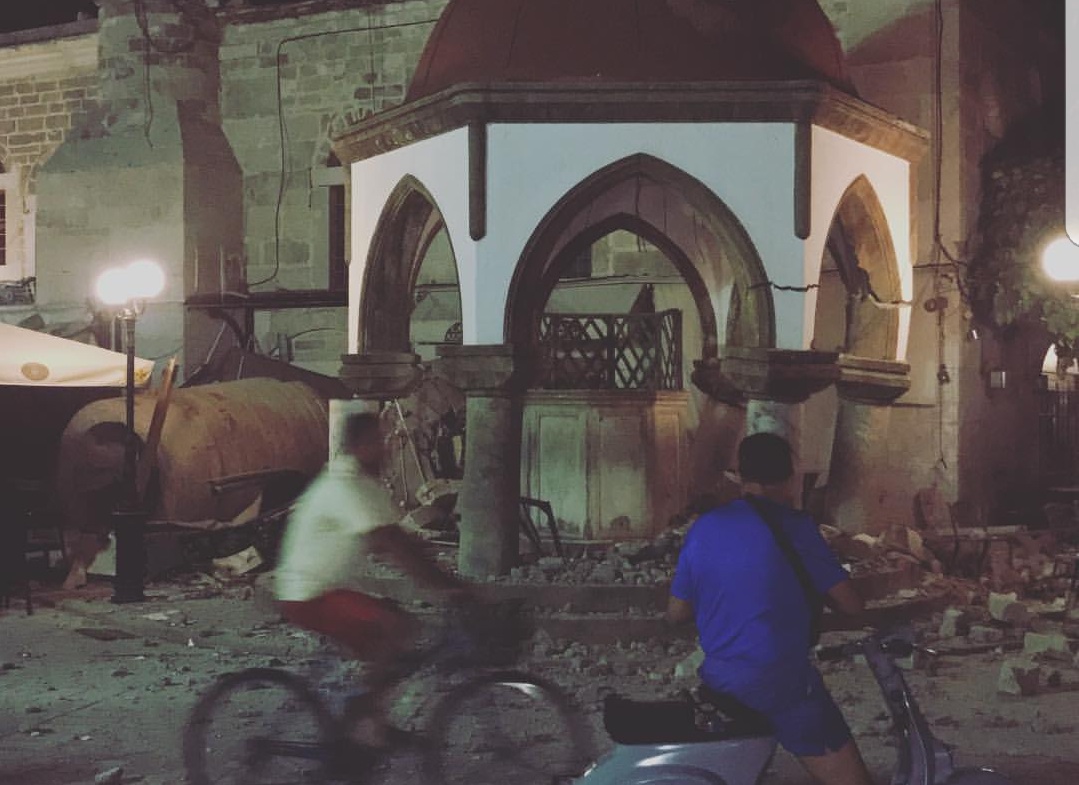 A wall collapsed on a building dating to the 1930s and it crushed two people who were at the bar in the building’s lower level, according to Kos Mayor Giorgos Kyritsis.
A 39-year-old Turk and a 27-year-old Swede were standing outside the White Corner bar on Nafklirou Street in Kos, when the quake struck.
Turkey’s deputy prime minister has named the Turkish national killed in the earthquake as Sinan Kurdoglu. He provided no further details.
Greek authorities have listed the five seriously injured people who were flown to Crete by emergency services earlier today as: two Swedes; one Norwegian; a Greek man and a Greek woman.
One is reported to have suffered extensive leg injuries and doctors had to amputate a leg. All are thought to have been in the bar, whose roof collapsed, when the earthquake struck.
“There are not many old buildings left on Kos. Nearly all the structures on the island have been built under the new codes to withstand earthquakes,” the mayor said.
RT @AP: RAW VIDEO: Massive earthquake strikes the Greek island of #Kos. https://t.co/eZ6Li1NXcB

The temblor, which was initially reported as a magnitude 6.9 and was felt across the Aegean coast, was very shallow, only 6.2 miles below the seabed, the US Geological Survey said.
Turkish and Greek authorities put its magnitude lower at 6.3 and 6.4.
In the Turkish city of Marmaris beachfront hotels were flooded. Elsewhere holidaymakers cowered for shelter and in some resorts they abandoned their rooms for safety, gathering in the street.
There was a major aftershock of magnitude 5.1 six minutes after the main earthquake as well as at least five other following aftershocks of magnitude greater than 4.
Greek seismologists warn that more major aftershocks could follow during the next few days. Some could be as strong as 6 magnitude , the say.
https://www.youtube.com/watch?v=k41APLS3EDc 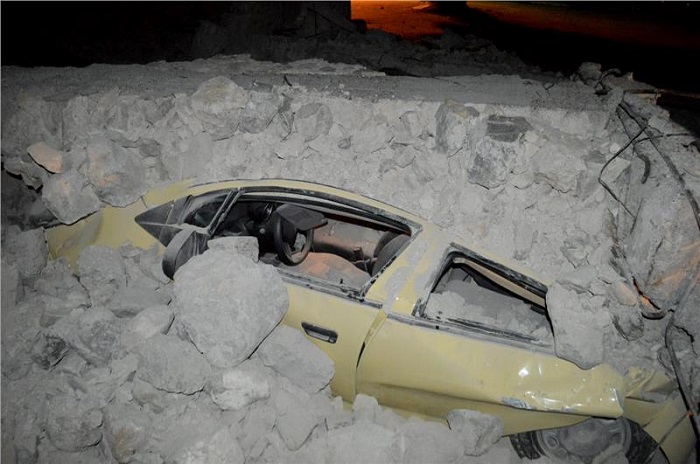 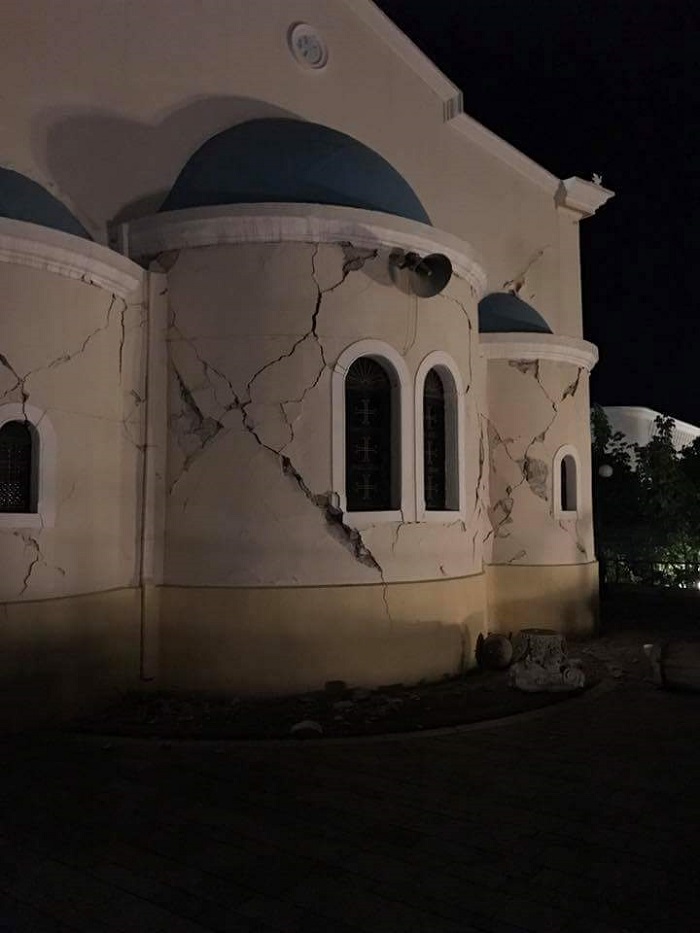 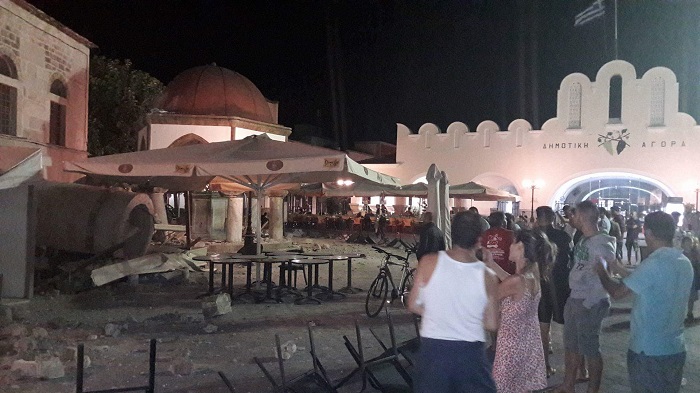 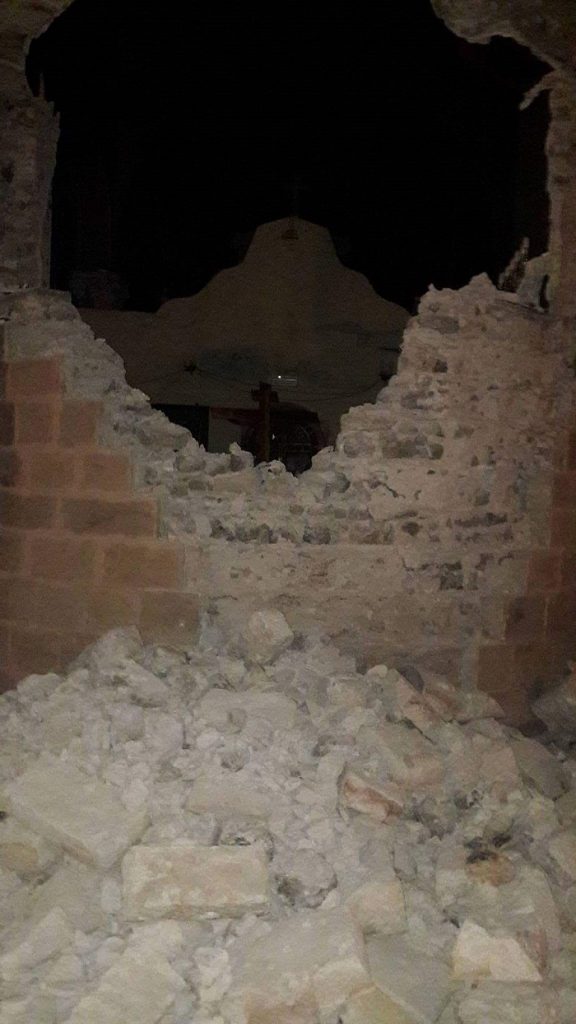 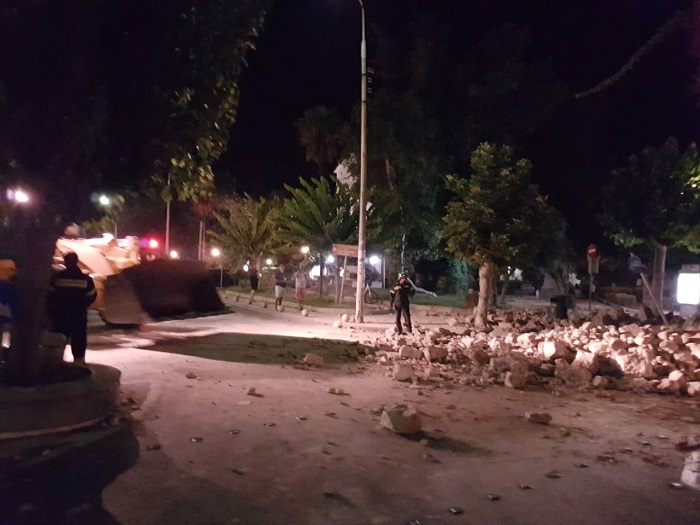 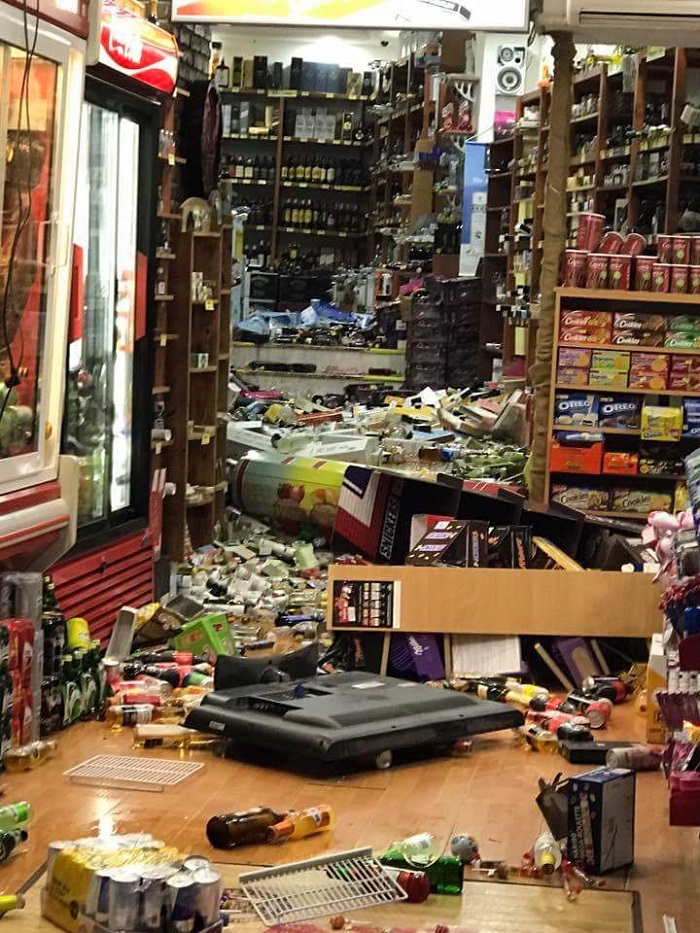 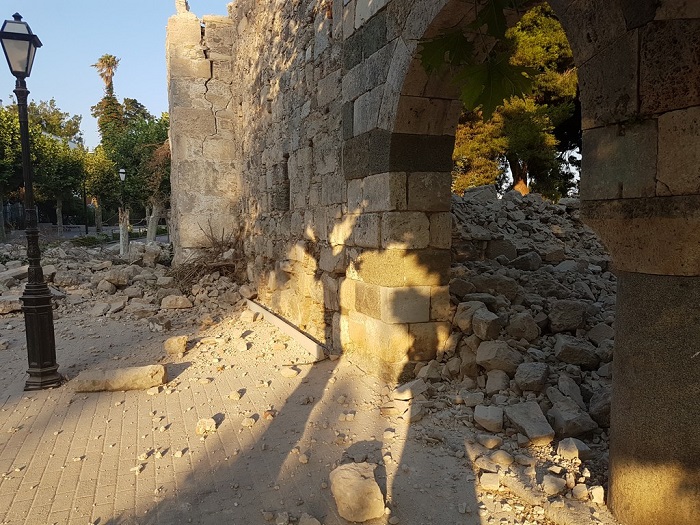 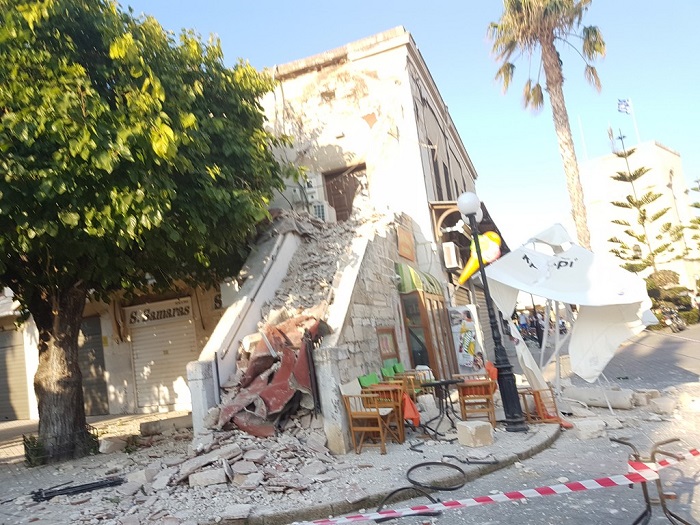 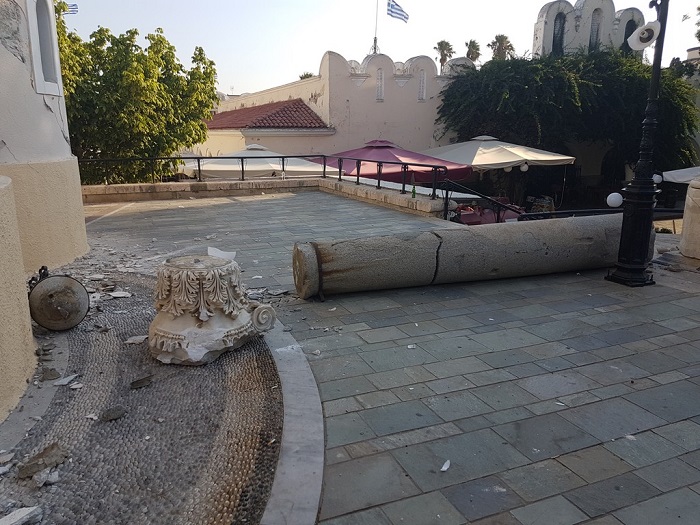