Greeks Bear the Brunt of "Medusa" a Weather Phenomenon (video) 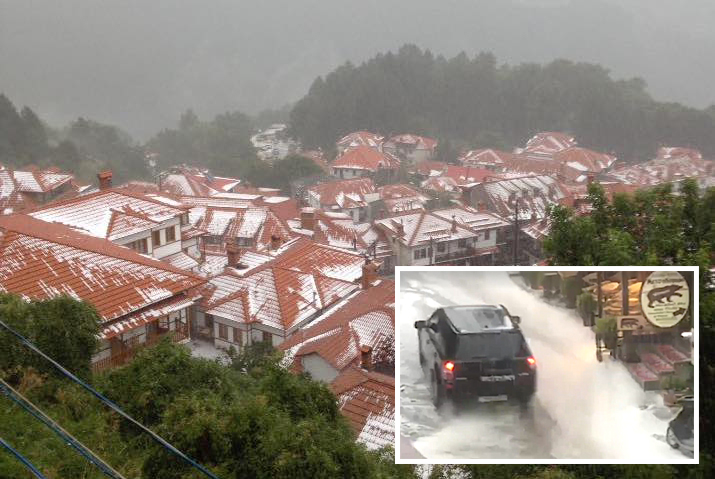 Greeks are bearing the brunt of a weather phenomenon called “Medusa”. Medusa’s main features are heavy rains, hailstorms, and strong winds.
Medusa comes after a series of heatwaves that mark this summer in Greece among the hottest summers on record. Voria.gr reported that in Thessaloniki heavy rainfall has caused queues of cars on the Halkidiki roadway. The storms have also caused delays in Larissa.
A storm also struck shortly after 1:30pm on Sunday in Agrinio causing 30 minutes of intense rainfall, hail, and winds. While intense rain storms have turned the streets of the town of Metsovo into rivers.
A scene reminiscent of winter can be observed in the prefecture of Serres where the rain and gray clouds dominate. In some areas the problems are very intense. Roofs of houses have been ripped off, as streets and fields have become lakes.
On Monday, the weather front is expected to affect most parts of the country, extending even to the more northern Cyclades islands and Thrace, with the most intense weather expected in central Macedonia, Thessaly, the Sporades islands and Evia.