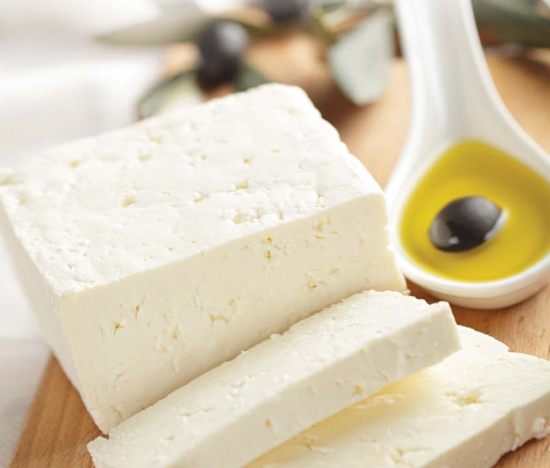 Greek Prime Minister Alexis Tsipras on Monday welcomed an agreement protecting the market for Greek feta in Japan, following a meeting with Economy Minister Dimitri Papadimitriou and Agricultural Development Minister Vangelis Apostolou.
“Whoever negotiates with a plan achieves his goals,” Tsipras said as he received the two ministers, hailing the agreement making Greek feta cheese a protected designation of origin product in Japan as a “great success.”
In statements as he was leaving the meeting, Papadimitriou said the government was “in the pleasant position of announcing the protection of feta.”
“Following the EU-Japan agreement and after the preceding problem with Canada, we succeeded in getting exclusive use of the term as a PDO for Greek feta,” he told reporters.
Apostolou said that the Greek government had succeeded in making the “next step” after the deals with Canada and South Africa that allowed misuse of the appellation “feta” to describe white cheeses made outside Greece.
“In the face of our persistence, the European Union had made a commitment that feta will be protected within a transitional period. Today we made the next step and achieved full protection of Greek feta through the deal signed with Japan,” he said.
Similar deals will follow with other countries for the protection of feta as a PDO product, Apostolou said. “I only hope we can satisfy the demand we will have from Japan,” he added.
(Source: ANA-MPA)