Two Dead, one Injured in Helicopter Crash in Schinias Wetland 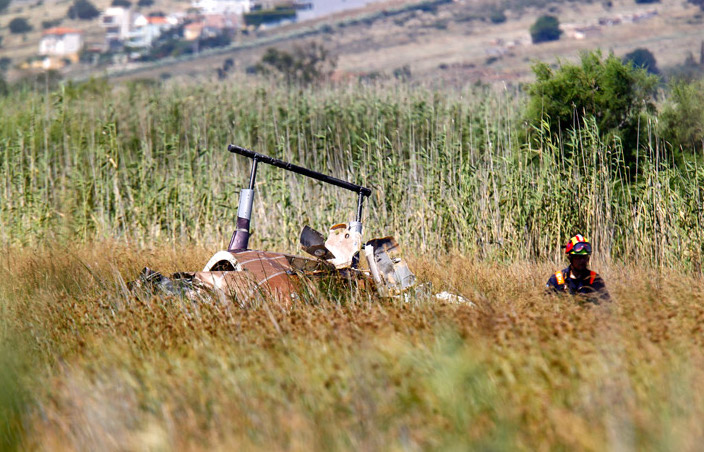 A private company’s spray helicopter crashed just before 10 a.m. on Friday morning in the wetland of Schinias, eastern Attica region, Greece.
Attica vice governor Petros Filippou said to Athens Macedonian News Agency that the pilot of the helicopter and a wetland guard were killed while the third passenger, a university student, was injured.
Filippou said that when the helicopter completed the aerial spraying against mosquitoes, the pilot took on board the student and the guard to fly with him over the wetland, however, the helicopter hit barbed wire fence and crashed.
(Source: ANA-MPA)
The helicopter crash in Schinias was streamed live on Facebook: