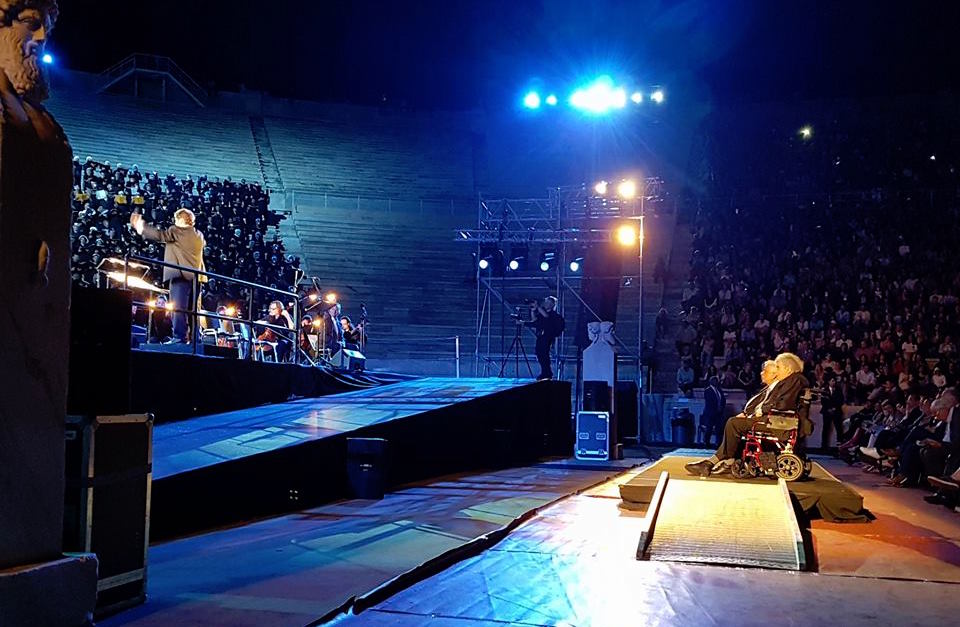 An one-thousand-member choir directed by Panagis Barbatis and 50.000 spectators paid tribute to Greek legendary composer Mikis Theodorakis in Athens on Monday, June 19.
It was already a magical summer night at the Panathinaic stadium before the largest ever assembled choir in Greece took the stage to make history in front of people of all ages and social status who came together to honor Mikis Theodorakis.
The concert was many times interrupted by sudden cheers of love towards Thedorakis. Greek President Prokopis Pavlopoulos who was sitting next him would often whisper to the composer what people said. Mikis would then smile and the crowd would applaud again!
The composer of Zorba took to the stage towards the end of the concert bringing the crowd to tears. As the crowd wouldn’t stop applauding he also broke to tears!