Asylum Seeker Resource Centre CEO to Greek-Australians: ‘They Spoke About us as a Problem, as a Threat, as a Burden’ 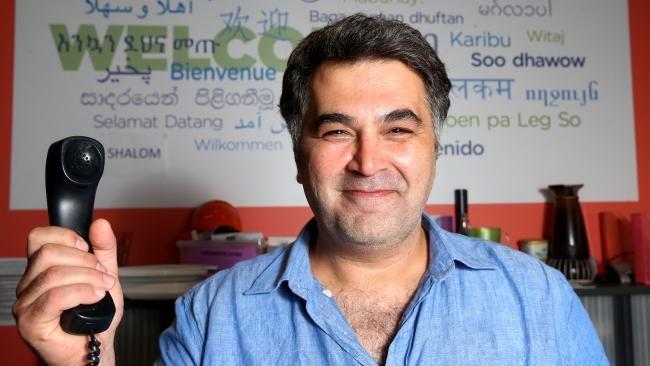 As the world gets ready to celebrate World Refugee Day and reflect on this important and most relevant subject, the CEO of Asylum Seeker Resource Centre (ASRC) in Melbourne, Kon Karapanagiotidis, is urging Greek-Australians to remember their history and the story of diaspora community.

Karapanagiotidis, who is from Greek Pontian decent recalled his own families story as he recently spoke to Neos Kosmos about the telethon that ASRC will be running on World Refugee Day, which is Tuesday, June 20.

“My parents were refugees themselves; all Greeks come from a background of immigration. Our parents or grandparents all experienced racism when they came here. Greeks sometimes have a short memory; they spoke about us in that same way. They spoke about us as a problem, as a threat, as a burden.”

The telethon aims to raise money for various needs of migrants in Australia.

“We’re trying to raise enough money to be able to provide 55,000 nights of housing for people seeking asylum who would otherwise be homeless. We’re trying to find enough money to feed another thousand people come Christmas time per week, who would otherwise be destitute and hungry. And we’re also trying to fund formal social workers that would allow us to be able to provide the critical care that we need and want,” Mr Karapanagiotidis told Neos Kosmos. The total amount ASRC is hoping to raise for refugees is $300,000.

The telethon is set to run 18 hours, with lines opening on Tuesday, June 20 at 6:00 am and will be staying open until 12 midnight and streamed live on social media.

To make a donation, call 1300 692 772. For more information about ASRC you can check out their Facebook page here.