TechNews
GreekReporter.com Australia The Ethnic Cleansing of Greeks from Gallipoli in 1915 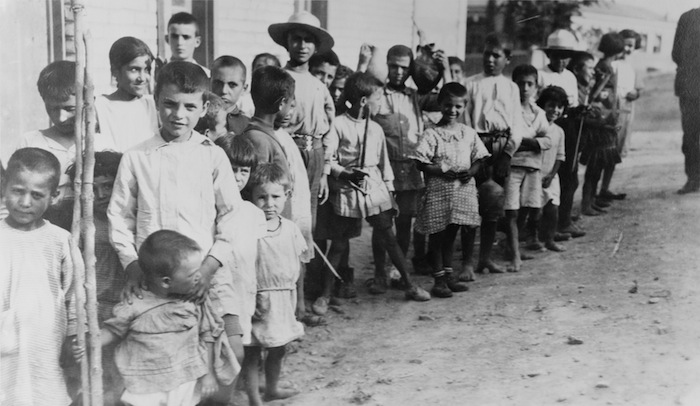 The facts are that in a period which began after the last of the Balkan Wars and extended throughout the First World War almost half a million Greeks were among the upwards of two million human beings who lost their lives in a state-sponsored campaign of ethnic “purification”.

The Gallipoli peninsula, where Greeks made up about half of the population, was not isolated from this “cleansing”. Quite the reverse. After April 1915, it was the site of a battlefield and this ensured that its “purification” would be total. There were 32,000 Greeks living on the Gallipoli peninsula in 1915. By 1919 there were none, and the vast majority of the former inhabitants were dead. However “genocide” is defined-in particular, however the distinction is drawn with “ethnic cleansing”-what happened on Gallipoli is surely an instance. However, while the Gallipoli genocide was executed by Turkish gendarmes and auxiliaries, it was by no means a purely Turkish affair. It was called an “evacuation” and was just one of a number ordered and organised by Germans. It coincided with the fighting because it was, in fact, ordered for reasons of military necessity. But it went further than such reasons warranted and its excesses were perpetrated under cover of those reasons. That cover has proven effective to this day.

A dispatch on July 7, 1913, reported that Ottoman troops treated Gallipoli’s Greeks “with marked depravity” as they “destroyed, looted, and burned all the Greek villages near Gallipoli”:

Kourtzali was sacked and destroyed completely, as was also Pashakioi. Mavra itself the Turkish soldiers and fugitives burned, killing sixteen Greeks. The cause of this savagery of the Turks is their fear that if Thrace is declared autonomous the Greek population may be found numerically superior to the Mussulmans.

The 1913 massacres were spontaneous acts of savagery, based on long-standing hatreds inflamed by the recent deportations and massacres of Turkish Muslims from Greece and other Balkan lands. (Arnold Toynbee recorded a total of 413,992 Muslims of former Turkish territory either massacred or expelled during the Balkan Wars of 1912-13.) Suspicion, fuelled by fear, was also part of the mix. With a Greek army expected to invade the peninsula at any moment, Gallipoli’s Greeks were regarded- not without grounds-as a fifth column. Despite this, there was no attempt at that stage to deport or systematically annihilate them, even though just that kind of anti-Greek action had begun in parts of Thrace and Anatolia.

Gallipoli escaped systematic “cleansing” even during the critical months of May and June 1914, when between 100,000 and 150,000 Greeks were forcibly deported to Greece from elsewhere in the Turkish homelands. So “successful” was this operation-that is, both efficient and free from interference from European powers-that it was used as the model for the Armenian genocide. According to Toynbee, “Entire Greek communities were driven from their homes by terrorism, their houses and land and often their moveable property were seized, and individuals were killed in the process.” These persecutions bore all the signs “of being systematic”. The terror attacked one district after another, and was carried on by ‘chette’ bands, enrolled from the Rumeli refugees as well as from the local population, nominally attached as reinforcements to the regular Ottoman gendarmerie”. Persecution of this kind was still to come to Gallipoli. After Fahri’s troops left in July 1913, the Greeks there had been left to rebuild shattered lives as best they could- until April 1915.

On Turkey’s entry into the war, the government policy of persecuting and deporting Greeks was suspended, a fact which has muddied the waters about what happened next. The change in policy arose in early 1915 out of a promise to Germany by Greek Prime Minister Venizelos that Greece would stay neutral provided that the Turks ceased persecuting Ottoman Greeks. The Turkish government attempted to oblige their German ally-or at least to appear to be doing so-though it had, in fact, little success in restraining the murderous activity it had unleashed. And once it became clear that the Allies intended to invade Turkey, deportations of a different kind began, justified by the more acceptable reasons of military necessity. But this rationale concealed an even darker reality. Now it was the Greeks of the coastal regions vulnerable to Allied attack who were deported, not to Greece, but to Turkey’s interior where they were at the mercy of hostile Turks.

A deportee from the island of Marmora described just what deportation to Turkey’s interior involved; how the deportees were forced onto crowded steamers, standing room only; how, on disembarking, men of military age were removed (for forced labour in the labour battalions of the Ottoman army) and how the rest were “scattered … among the farms like ownerless cattle:

“Exposed to the burning rays of the sun and to the darkness and terrors of the night, we were … without any food, the transportation of which had been strictly forbidden us, and even without water until the second day when the station agent saw to it that two carloads of water was brought to us … We had been without bread, too, if some of our number had not been able to procure it from Turkish villages. For twenty-eight days without bread, olives, or cheese, we set eyes on little else that was edible; our hardships could not fail to produce their natural result. Every day, three or four deaths occurred. After sixteen days, these deportees were forced to walk for another four days to various villages, care being taken “upon entrance, to separate the members of families from one another”. One such village was Kermasti, where the “crowding together and the hardships we endured resulted in 13-15 deaths per day of the 2,000 inhabitants of Marmora alone”. Corpses being “borne to the cemetery were stoned. If a man dared to go from one village to another, it was at the risk of his life.” One man, accompanied by his son, “ventured to go from Mitchlich to Apollionus, and both were found dead two days later, beheaded near a stream.”

Though the entire Greek population of Turkey was not, in those years, targeted for genocide like the Armenians, pockets of Greek genocide not only occurred during the war, but were made possible because of the war. Gallipoli was such a pocket.

With the official moratorium on Greek deportations in place, Liman von Sanders advised the Ottoman government that “he would be unable to take the responsibility for the security of the army” unless potentially disloyal Greeks were removed from the peninsula. The evacuation of Gallipoli now began less than a week before the invasion of April 25. The Greek Patriarchate in Constantinople (legally responsible for the spiritual life of Greek Christians) kept careful records, including eyewitness reports. These reports accord with the foregoing eyewitness account from Marmora.

Gallipoli’s Greeks received two hours notice before they were forced “to embark in steamers”. Their merchandise was seized and “sold to Mussulman societies”, while women were “exposed to the brutal instincts of their Mussulman guards”. Of the final deportation figure of some 22,000 souls, a few managed to reach Greece, though in a pitiful state, and some others were able “to prolong their existence by embracing Islam”. For young Greek men, their fate was not (yet) deportation, but life or death in forced-labour battalions. But most of Gallipoli’s Greeks were among the “490,063 souls wandering in the mountains, the plains and the villages of Anatolia” where they “succumbed for the most part to hunger, cold and privations”. Even as the first invading troops waded ashore, there were still some 10,000 Greeks hiding out on Gallipoli- most of them in the countryside, some given refuge by humane and courageous Turks. As the fighting raged, squads of gendarmes and Arab auxiliaries, at times possibly aided by Turkish regulars, were rounding up Gallipoli’s last Greeks and sending them to their dismal fates. How did the Ottoman empire, which was once, comparatively at least, a model of ethnic diversity and tolerance, come to this?

When the Gallipoli fighting was under way, Enver Pasha and his party were in power and Enver, as Minister for War, was boasting to a German military attache that he would “solve the Greek problem during the war” just as he had “solved” the Armenian problem. By now these “solutions” had nothing to do with the brotherhood of ethnic and religious minorities and everything to do with their elimination.

No longer was the empire’s decline due to a corrupt and retrograde regime which had kept it in a pre-modern condition, rather it was the fault of the its Christian subjects- more specifically, it was the result of “the struggle of the Christian minorities for equal rights and reform”.

While Armenians as well as Assyrians were targeted by special measures which aimed at their annihilation, Greeks were also expelled. In total, almost one-third of the Anatolian population were either relocated or killed. This ethnic cleansing and homogenization paved the way for today’s Republic of Turkey.

*This is an extract from Deutschland Uber Allah! The Germans and Gallipoli 1915 by John Williams. He is a photographer, historian, and an author of five books based in Sydney, Australia.