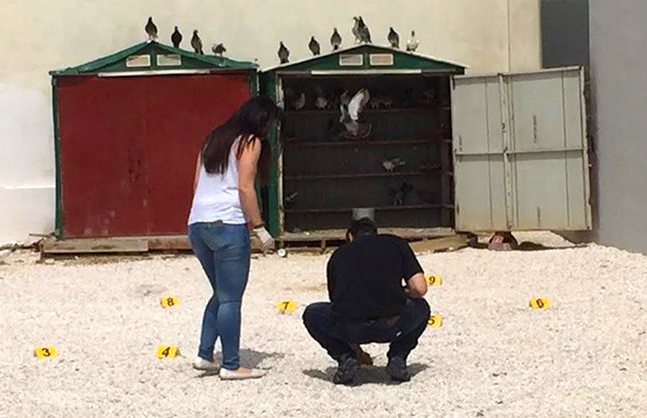 A 23-year-old Roma was arrested on Saturday morning after having confessed that he shot a shotgun on Thursday evening when a 11-year-old boy was killed from a stray bullet.
Meanwhile, many capes have been found outside the young Roma’s home, but not a weapon, so far. Another 2 persons were arrested earlier in the day with the total number of arrests going up to six.
More than 250 officers from all departments in the Greek police force have taken part in a giant operation in the Acharnes area near Athens, searching for clues regarding a stray bullet that killed the boy.
The incident occurred on Thursday night, at the 6th primary school in the area, when a bullet came out of nowhere and fatally injured the unlucky boy in the head, killing him in the school playground.
(Source: ANA-MPA)

On April 6, 1896, the first modern Olympics were held in Athens, Greece at the Panathenaic Stadium, featuring athletes from 14 countries.
Art