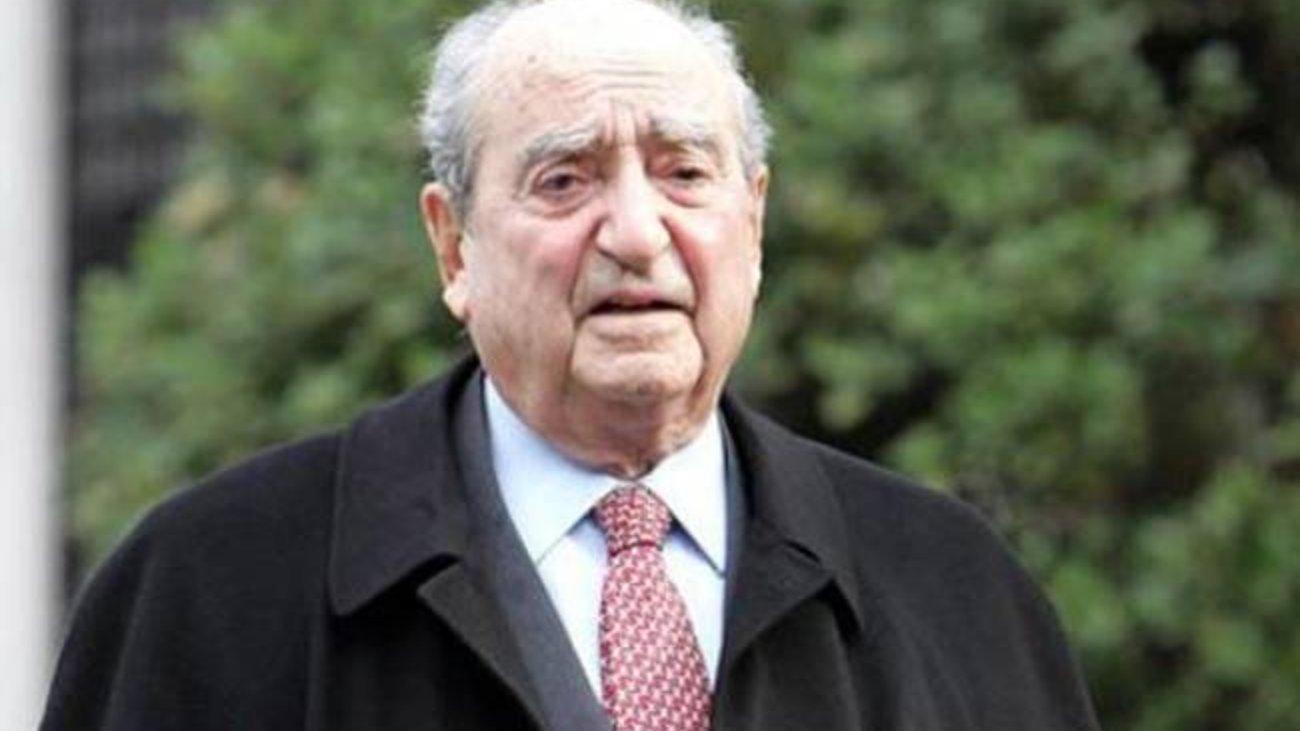 Konstantinos Mitsotakis, former prime minister of Greece and father of main opposition leader Kyriakos Mitsotakis, passed away early Monday morning, his family announced. He was 99 years old.
Born in the Halepa village of Chania, Crete in 1918, Mitsotakis was first elected in Greek Parliament in 1946, as Liberal Party representative in his native prefecture of Chania. In 1961 he joined the Center Union of Georgios Papandreou. But in 1965 he led a group of dissidents, known as the “July apostates” or “apostasia,” who brought the fall of the Papandreou government, making him a persona non grata for Papandreou loyalists and a big part of Greek society.
In April 1967, Mitsotakis was arrested by the military junta but managed to escape to Turkey with the help of foreign minister of Turkey Ihsan Sabri Caglayangil and lived in exile with his family in Paris, France, until his return in 1974.
Upon the restoration of democracy that year, he campaigned as an independent and failed to be elected to Parliament. He was re-elected in 1977 as founder-leader of the small Party of New Liberals and in 1978 he merged his party with Constantine Karamanlis’ New Democracy party. He served as minister for economic coordination from 1978 to 1980, and as Minister of Foreign Affairs from 1980 to 1981.
In 1981, Andreas Papandreou, son of Georgios, won the election with PASOK defeating New Democracy. In 1984 Mitsotakis succeeded Evangelos Averoff as ND leader, becoming the arch rival of the popular Andreas Papandreou. In 1989, Mitsotakis beat Papandreou in the elections after the PASOK leader was found to be part of the Bank of Crete scandal. However, Papandreou had changed the electoral system a few months earlier and the new system required that a party gets at least 50% of the vote in order to govern. New Democracy was being six MPs short. In the repeat election in November 1989, Mitsotakis was again unable to form a government.
The deadlock continued as in the new elections in April 1990 New Democracy failed again to form a government despite a landslide victory. However, a lone MP from Democratic Renewal agreed to go into coalition, enabling Mitsotakis to finally become Prime Minister.
Mitsotakis’ policy focused on spending cuts, privatizations and reforms in the public sector. He believed that a country should not spend more than it can produce and that the main source of a nation’s wealth is the private sector. In foreign policy, Mitsotakis took the initiative to have Greece formally recognize the state of Israel, and moved to reopen talks on American bases in Greece and to restore confidence among Greece’s economic and political partners. In June 1990, Mitsotakis became the first Greek Premier to visit the United States since the restoration of democracy, in an effort to reestablish relations with the U.S. and NATO.
Meanwhile, a Special Court cleared Papandreou of the Bank of Crete scandal charges and Mitsotakis’ political rival regained strength. Papandreou started attacking the prime minister for his economic policies, for not being stricter over the naming dispute with the newly independent Former Yugoslav Republic of Macedonia (Mitsotakis favored a composite name), as well as over Cyprus, and for being too pro-American. The FYROM naming issue led New Democracy MP and some other lawmakers to leave the party and form Political Spring. The weak majority of New Democracy crumbled and that led to premature elections in 1993. And since Mitsotakis had brought back the previous electoral system, Papandreou’s PASOK won and returned to power. Mitsotakis then resigned as ND leader, although he remained the party’s honorary chairman.
In January 2004 Mitsotakis announced that he would retire from Parliament at the March 7 election, 58 years after his first election.
Mitsotakis was married to Marika Mitsotakis from 1953 until her death in May 2012. He leaves behind four children. His son, Kyriakos Mitsotakis, is the leader of ND since January 2016, and has also served as a minister (2013-15). His first daughter, Dora Bakoyannis, is a ND lawmaker and has served as mayor of Athens (2003-2006) and minister of foreign affairs from 2006 to 2009. His second daughter Alexandra Mitsotakis Gourdain is a Greek civil society activist. His third daughter is Katerina Mitsotakis.