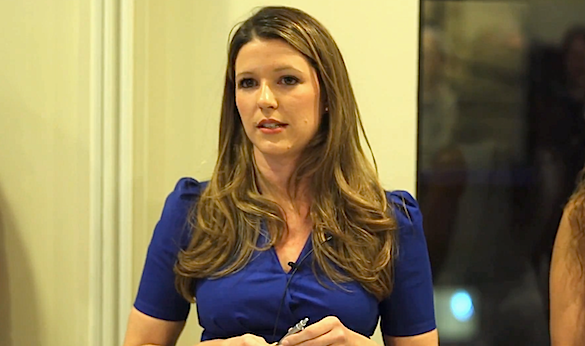 Greek-American Nitzia Logothetis, Founder and Executive Chairwoman of the Seleni Institute, has been ranked 19th on the Town & Country 50 Top Philanthropists of 2017 list.

This year’s list includes “these men and women (who) are committed to changing the world—and with a combined giving power of $321 billion, they can do it.”

Nitzia Logothetis, whose father is Greek and mother is Panamanian, together with her husband George Logothetis founded Seleni Institute in 2011, a non profit-organization aimed at transforming mental health and wellness for women.

For this year, Logothetis has the “Grand Plan: Treat postpartum depression and related issues,” Town & Country writes. “Her NYC-based Seleni Institute is going global. Clinicians around the world will be trained to properly care for women with maternity disorders, and telemental health services will provide specialized treatment via secure video feed.”

Logothetis, a psychotherapist herself, has worked extensively in developing countries offering her services voluntarily before she started working on the project. It took three years of hard work – during which Nitzia gave birth to her second son – for Seleni to be established.

The Institute took its name from Selene, the goddess of the moon in Greek mythology, and Eleni, a brave Greek woman who fought for her children to migrate to America. It has the capacity to help up to 300 women per week through individual psychotherapy, workshops, and support groups.

The main focus of the clinic is to provide support and therapy for women who are suffering from recurrent miscarriages, still-birth and child loss, post-partum depression, post-partum anxiety and depression related to infertility. The staff is a team of world class experts and leaders in their field, many of them fellow Greek-Americans. The Institute also has a website that provides extensive practical wisdom online at Seleni.org.

Nitzia Logothetis is also doing important charitable work in addition to Seleni. She is cooperating with institutions for children with disabilities in Great Britain, Panama and Peru, and with the Hellenic Society for Disabled Children (ELEPAP) in Greece. In 2016, Nitzia Logothetis received the Honor of “Person of the Year” by the Hellenic-American Chamber of Commerce (HACC) of New York.

Logothetis obtained a degree in psychology from Brown University and an MSc in child development from the University of London. As an Honorary Associate Research Fellow at The Institute of Psychiatry in London, she engaged in research into neurological changes associated with autism and was a coauthor of several papers on the subject. She later earned an MA in counseling for mental health and wellness from NYU’s Steinhardt School of Culture, Education, and Human Development. She has worked as a school counselor at the Colegio Isaac Rabin in Panama and as a psychotherapist at the Karen Horney Clinic in New York.