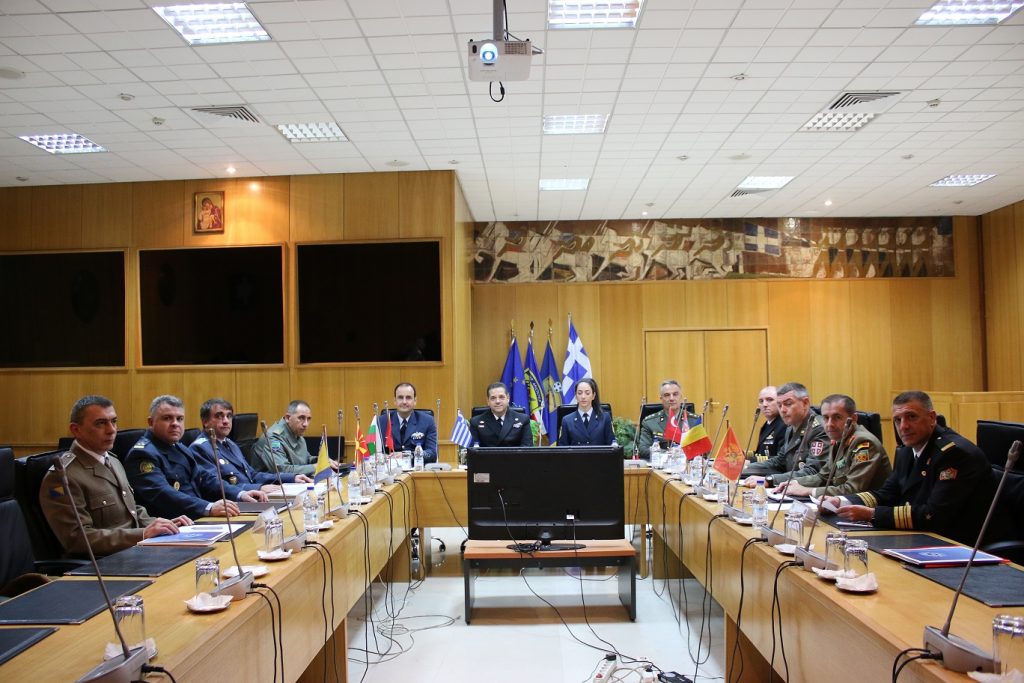 The heads of the Greek and Turkish armed forces exchanged views on the situation in the Balkans on Wednesday at the annual meeting of Balkan chiefs of defense and general staff (11th Balkan Countries CHODs Conference), held in Athens.
The conference brings together the chiefs of defense/general staff of Greece, Albania, Bosnia-Herzegovina, Bulgaria, Montenegro, Former Yugoslav Republic of Macedonia (FYROM), Romania, Serbia and Turkey, as well as the heads of NATO and EU’s military committees and the commander of Allied Joint Force Command Naples.
Concerning Turkey, sources said it is a positive development that channels of communication remain open as this alone creates a level of security, adding that the heads of the two armed forces discussed developments in the region.
Discussing the situation in Balkan countries, participants noted Greece’s role as a pillar of stability and security in the region.
Source: ANA-MPA

The head of the EC, Ursula von der Leyen, was snubbed in a gaffe at talks between the EU and Turkish President Recep Tayyip Erdoğan.
Europe