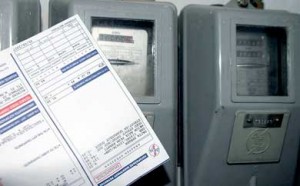 Many Greek citizens have not paid their electricity bill and have decided to steal electricity instead.
Electricity theft is costing Greece’s dominant power utility Public Power Corporation (PPC) about 170 million euros in lost income each year, the company said on Friday, citing estimates by the Greek energy regulator.
The national electricity company has already been saddled with 2.2 billion euros in unpaid bills since 2012. Greece’s use of easy-to-hack analogue meters, has encouraged energy fraud in poor neighborhoods.
“It is a major problem that must be addressed as a top priority,” PPC said in a statement, adding that the total impact including lost revenue from uncollected taxes stands at about 250 million euros.
Public disclosures by the Hellenic Electricity Distribution Network Operator (DEDDIE), which checks meters, show that verified cases of theft climbed to 10,600 last year, up from 8,880 in 2013 and 4,470 in 2012.