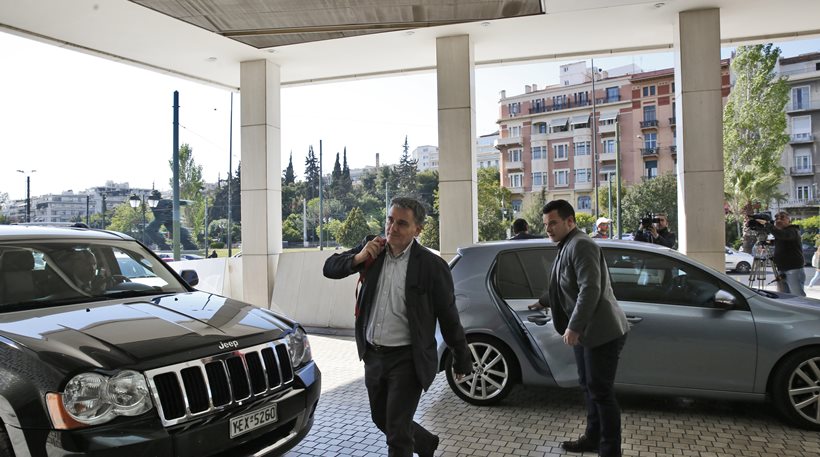 A draft of the fourth Memorandum of Understanding between Greece and international creditors which includes unpopular austerity measures is at the Ministry of Finance.
The new agreement that Athens has to sign in order to close the second evaluation of the bailout program includes further pension cuts, changes in the workplace and a lower tax-free threshold.
According to finance ministry sources, three texts have arrived with all technical details of the deal. They describe all outstanding issues that need to be implemented by the Greek side regarding budgets from 2018 onwards, as well as a text on issues related to the IMF’s participation in the program. The texts will be the basis of negotiations between the two sides.
On its part, the Greek government is drafting bills that are expected to be tabled by May 16 for voting in the House.
Regarding pensions, creditors require that in 2019 pension expenditure should be reduced by 1% of GDP. Representatives of institutions, at this stage at least, seem to accept the Greek side’s proposal to reduce main pensions up to 22%. However, if the target of 1% of GDP is not met, cuts will be applied to supplementary pensions so as to close the gap.
In the workplace, creditors propose that labor laws agreed on in previous Memoranda will still apply. However, collective bargaining will not be reinstated for companies that do not wish to offer that option. Also, the existing veto of the Ministry of Labor on mass layoffs will be abolished.
In the energy sector, creditors ask for the gradual reduction of the lignite power of the Public Power Corporation by approximately 40%, while the quantities of electricity that the company is obligated to sell to individuals through auctions would gradually decrease.
Regarding market liberalization, creditors ask for the removal of all restrictions on the operation of retail stores on Sundays, regardless of their size or the area they are located.
Finally, regarding privatizations, lenders require that all projects handled by the Hellenic Republic Assets Development Fund should be fully implemented.