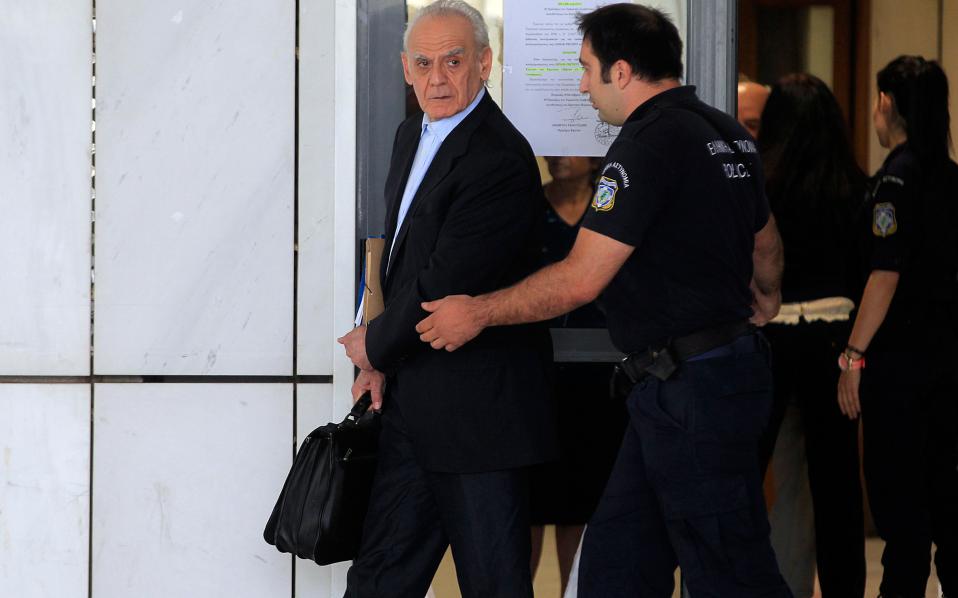 Former minister Akis Tsochatzopoulos who was out of prison for surgery is forced to return after failing to raise 200,000 euros to pay for his bail.
Tsochatzopoulos is expected to be taken back to the Korydallos Prison hospital after about a month of hospitalization at the Hippocration Hospital of Athens, where he underwent surgery.
The former minister’s family did not manage to raise the 200,000 euros bail decided by the Five-Member Court of Appeals for his release, thereby he is obligated to return to his cell.
This was Tsochatzopoulos’ fifth petition for release on the grounds of ill health. His petition was accepted, as the former minister had to undergo bypass surgery. However, a 200,000 euro bail was imposed for his release after the operation.
Tsochatzopoulos’ lawyer Leonidas Kotsalis said on Skai television that he will appeal again because his customer is in very ill health and his life is in danger.