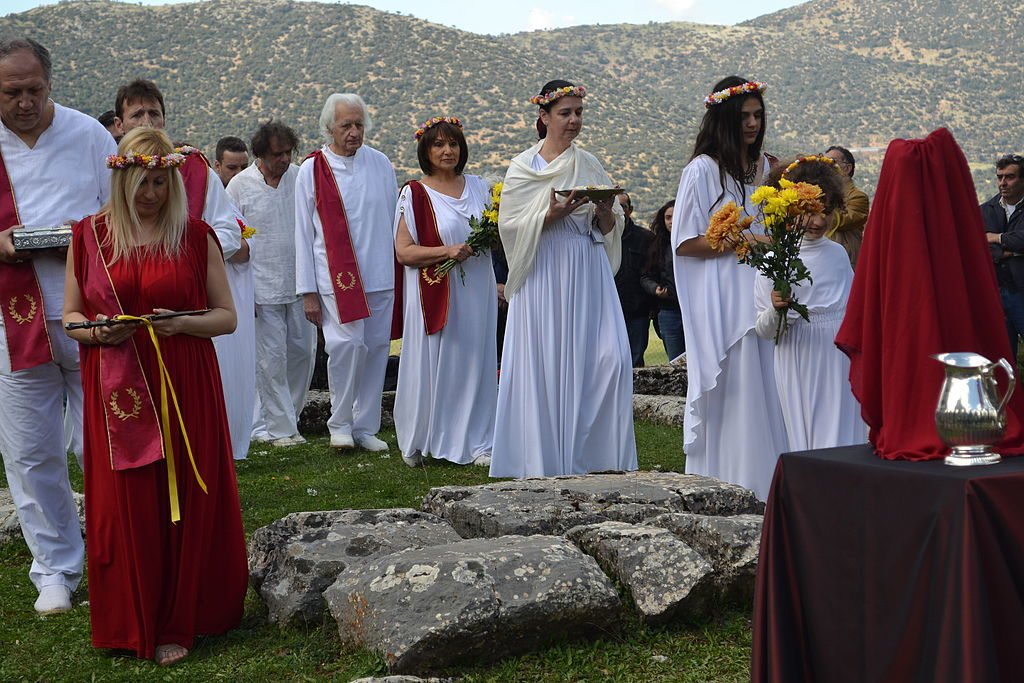 Greek Pagans are granted legal status as polytheism is officially a religion in Greece, according to the Supreme Council of Ethnikoi Hellenes (YSEE).
YSEE is a religious organization claiming they work to restore the indigenous religion of Hellas. The organization put out a statement saying that Greek polytheism has received legal status in Greece.
Until now, Greek Pagans did not enjoy religious freedoms such as the right to buy land in order to build houses of worship nor could Pagan priests perform marriage ceremonies.
Now the Greek State, through a decision of the Greek Ministry of Education, Research and Religious Affairs, recognizes the Hellenic Religion as a “Known Religion,” according to paragraph 17, the only form of recognition for a religion in Greece. The paragraph includes the permission to build a temple as well as the right of public liturgies of any recognized religion.
Established in 1997, YSEE estimates that some 2,000 Greeks practice the Hellenic Ethnic Religion and another 100,000 have “some sort of interest.”
The non-profit organization is a founding member of the European Congress of Ethnic Religions (ECER) and hosted its seventh Congress in June 2004. YSEE has also been member of the European Union’s action program to combat religious discrimination.