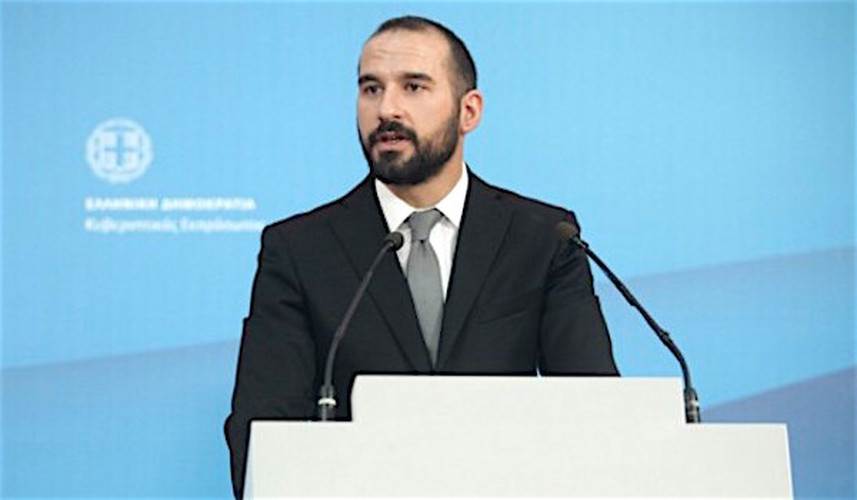 The International Monetary Fund’s (IMF) revised projections for the 2016 primary surplus is a positive development, government spokesman Dimitris Tzanakopoulos on Thursday said during a press briefing.
“This proves that the Fund’s reservations over Greece’s fiscal performance, which delayed the conclusion of the first and the second programme reviews, were unjustified,” he added.
Tzanakopoulos also dismissed the scenarios for extra measures in 2018.
Moreover, he said that the Greek government will submit specific proposals and targets to the debate held during the 2017 spring meetings of the World Bank Group and the International Monetary Fund.
The government spokesman underlined that the government’s firm position is the lowest possible surpluses so that the Greek economy achieves high growth rates.
“We are seeking an essential and sustainable solution that will include specific medium-term measures on the settlement of the Greek debt,” he stressed.
Finally, he said that the government will continue to work hard to achieve a comprehensive agreement for the conclusion of the second programme review, the determination of the fiscal course after the end of the programme and the setting of the medium-term measures on the debt in order to proceed to the next step, the participation with the ECB’s quantitative easing programme.
(source: ana-mpa)