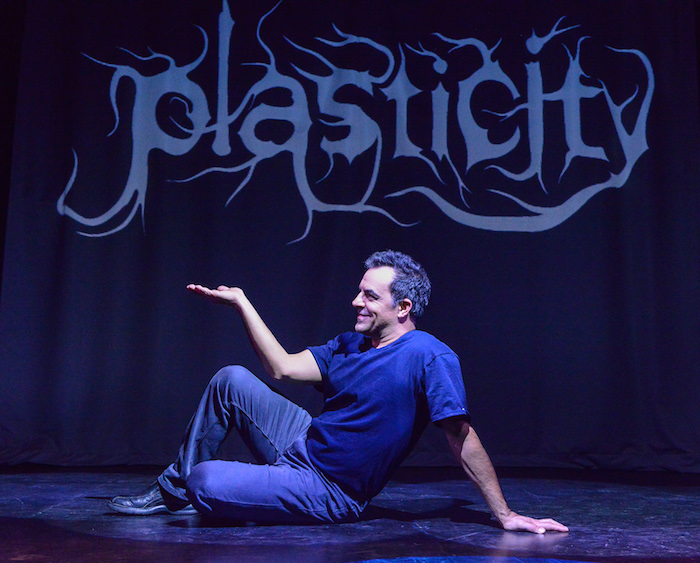 Alex Lyras and Robert McCaskill have written a very innovative theatrical work called “Plasticity the Play”, which is currently entering the final two weekends of its long run in Hollywood.

The play focuses on issues of science and technology to address fundamental questions of the human experience. So far, this cutting-edge story has received rave reviews from a number of Los Angeles publications.

Broadway World called the production “one of the more sophisticated shows ever put on in a small theatre.”, while LA Weekly describes “Plasticity” as “undeniably compelling”.

The multi-talented Alex Lyras has acted in many film and TV productions, including “Tut” and “Californication”, in addition to writing and directed several shorts. Previous theatrical productions include “The Common Air” and “Unequalibrium”.

If you are in Los Angeles and want to see “Plasticity the Play” before it closes on May 23rd, buy tickets for one of the weekend performances at the Hudson Guild Theatre on Santa Monica Boulevard.