TechNews
GreekReporter.com Greece Over 30,000 Migrants Arrived in Greece Since Turkey-EU Deal in March 2016 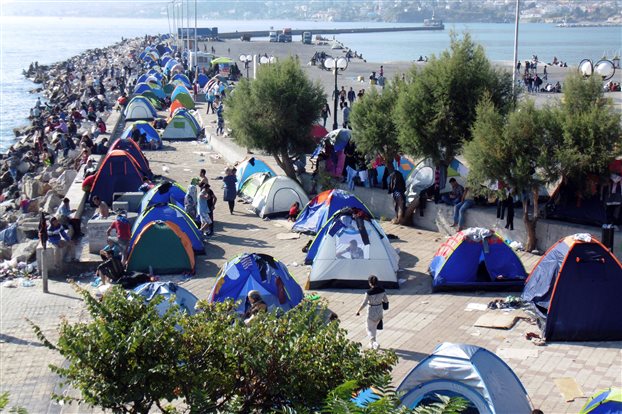 Despite the fact that the migrant influx to Greece has slowed down since the EU-Turkey agreement in March 2016, 30,565 asylum seekers landed on Greek islands, the European Commission says.
Specifically, between March 20, 2016 and April 4, 2017, there were 30,565 arrivals and only 944 returns. Of those, 7,220 have been transferred to the mainland, meaning that they cannot be returned to Turkey. According to the Ankara-EU agreement, for every refugee who lands on the Greek islands from Turkey, Athens can send one refugee back.
However, as figures show, the program has not worked, as the average time for an asylum application to be processed is six months and most applicants make an appeal after their first application is rejected.
As a result, the five islands with migrant registration centers (Lesvos, Chios, Samos, Kos and Leros) are congested, with asylum applicants living in squalid conditions. At the same time, local residents of the Aegean islands complain that many migrants resort to illegal acts to feed themselves and the situation makes tourists avoid the particular holiday destinations.
Ninety percent of asylum seekers on the islands come from countries with low rate of refugee profile (below 50%) see their applications rejected, but they automatically file an appeal. As a result their stay on the islands is prolonged. Out of 2,580 who have appealed, 1,300 appeals have been reviewed and only 100 of them were granted asylum.
The European Commission has repeatedly called on Greece to have 20 secondary appeal committees. Until January there were only five secondary appeal committees operating and now they are up to 12.
At the same, the European Commission is asking from Greece to establish detention centers for those who don’t qualify for asylum and are subject for deportation and process those who are to be returned to Turkey. The Greek authorities have notified the Commission that there is a number of asylum seekers who have disappeared and cannot be traced.

Konstantinos Giapis, a professor of chemical engineering at Caltech invented a completely new way of producing oxygen from carbon dioxide.