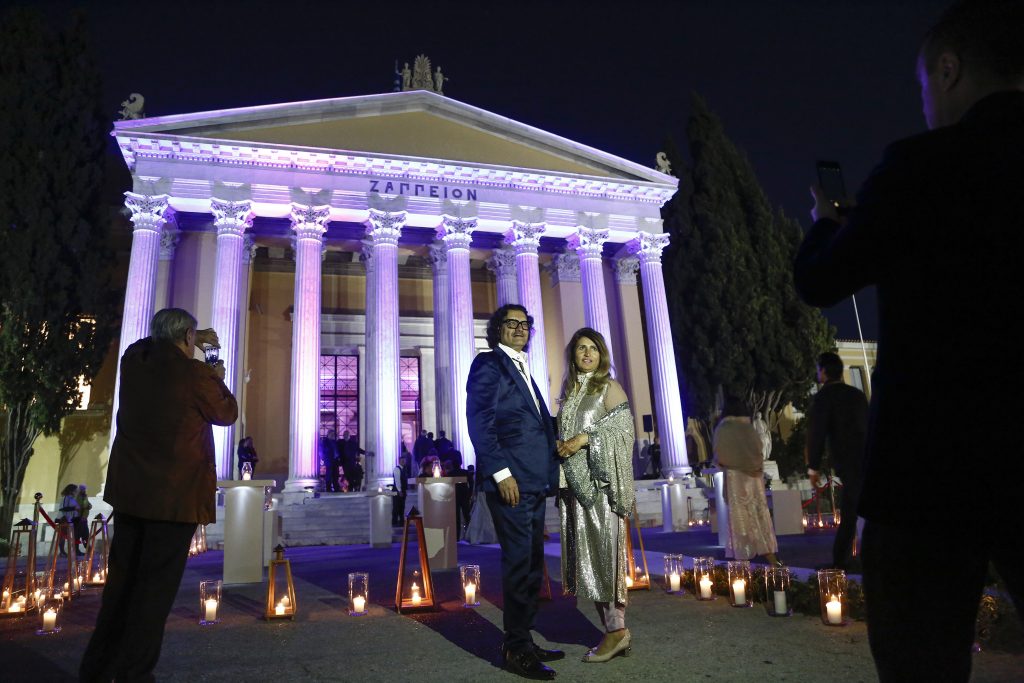 The biggest wedding that took place in Greece in recent years did not involve a Greek couple but a couple from India, and it lasted four whole days, making the occasion an unprecedented bridal event.
More than 500 guests from India wearing traditional costumes began arriving in the lavishly decorated Zappeion Mansion a few minutes after sunset. Most of them came with the “happy train,” the red train that carries tourists around the capital’s landmarks. When the night fell, the pale lights and the Indian costumes created an exotic atmosphere, unusual for Athens.
Many tourists passing by stopped to watch the event. Impressed by the spectacle, they stayed to wait for the couple to arrive. They were impressed by the Zappeion Mansion as well. They were told that this is the place where the Treaty of Accession of Greece to the European Union was signed in May 1979.
The guests stayed at the prestigious Hotel Grande Bretagne and King George Hotel, across the street from the Greek Parliament, which stands about two hundred meters away from the Zappeion Park.
The general manager of the two hotels, Tim Ananiadis, told Kathimerini that the couple and guests must have spent around 500,000 euros in Athens, including the cost of hotel services.
In recent years, Greece has become a wedding destination for many couples from other countries, mainly from China.