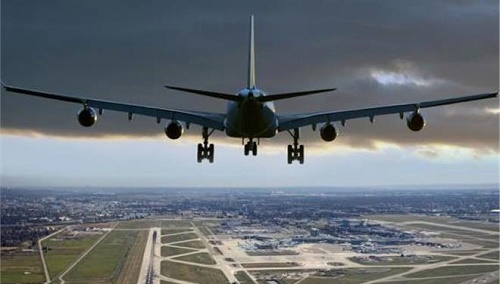 A consortium of financial institutions signed a long-term agreement worth approximately 1 billion euros with Fraport Greece to finance the 40-year concession contract of the 14 Greek regional airports, according to a Black Sea Trade and Development Bank announcement on Monday.
The consortium of lenders includes: Alpha Bank (284.7 million euros), Black Sea Trade and Development Bank (62.5 million), European Bank for Reconstruction and Development (186.7 million), European Investment Bank (280.4 million), and the International Finance Corporation (154.1 million), a member of the World Bank Group. IFC is also the sole provider of Euro interest rate hedging swaps to help Fraport Greece hedge potential fluctuations in interest rates through the term of the loan.
Of the total loan, 280.4 million euros will be used for the financing of development works at the 14 airports, while 688 million euros will be used as part of the upfront concession payment (1.234 billion euros) to the Hellenic Republic Asset Development Fund. Fraport Greece recently also announced a capital increase raising the company’s total capital amounts at 650 million euros.
Fraport Greece, a joint venture of Fraport AG Frankfurt Airport Services Worldwide and Copelouzos Group, is paying a total of 1.234 billion euros for the concession to the Hellenic Republic Asset Development Fund. Fraport Greece will invest at least 400 million during the first four years in construction works for the development of the airports that will support the development of the tourism industry, a key driver of the Greek economy. During the period of the entire concession, infrastructure investments will exceed 1.4 billion.
(source: ana-mpa)