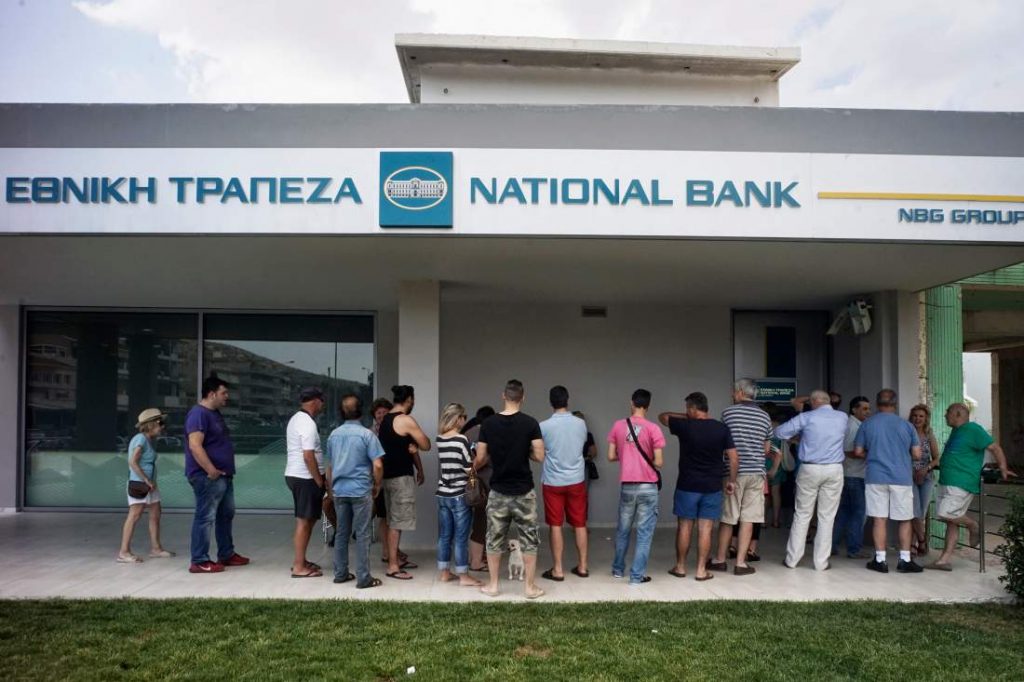 Greeks withdrew 4 billion euros from banks since the beginning of the year amid the uncertainty generated by the stalling of negotiations om the bailout program review.
At the end of 2016, total deposits of government, businesses and households in Greek banks amounted to 132 billion euros. According to Bank of Greece figures, total deposits now stand at 128 billion euros.
Bankers say that the 4 billion withdrawn were essentially the 4 billion euros that individuals had “returned” to the banks in 2016. The money that was deposited in 2016 would not be subject to capital controls, the Greek government had told depositors then. However, the unstable economic climate led those new depositors to withdraw their funds.
Greeks had started depositing their stashed cash after May 2016, when the first review of the bailout program was completed and new deposits were not subject to capital controls. At the time, the government had reassured Greeks that the second review would be completed before the end of 2016.
It should be noted that in 2016 household and business bank deposits grew by 4.2 billion. euros, while general government deposits  increased by 1.4 billion.
Yet, in mid-March 2017 Greece and creditors are not even close to agreeing on the second review, casting clouds of doubt over the Greek economy. The new impasse, destroyed the positive atmosphere that was formed last summer.
Now cash withdrawals from ATMs have increased significantly
The new engagement changed the situation: the withdrawals from ATM have increased significantly, no new deposits are made refunds have been ‘frozen’, while businesses ‘unload’ cash and go to repayment of credit lines.
According to bankers, if the second review had closed on time (end of 2016-January 2017), Greece would enter the European Central Bank’s quantitative easing (QE) program. That would mean banks could borrow cheap and capital controls would be relaxed.