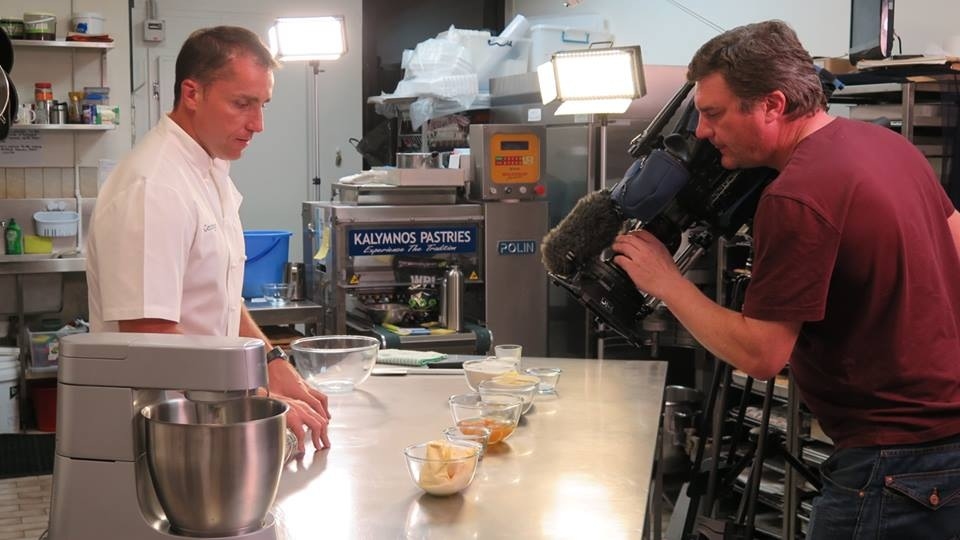 What are you doing on Saturday afternoons at 4:30 pm? If you are not tuned into local SA television station Channel 7 watching Greek-Australian pastry chef George Diakomichalis on his television series titled “It’s All Greek To Me,” you’re missing out!

With a goal in mind to inspire future generations to continue to cook traditional Greek dishes, Diakomichalis, the head of the multi-award winning business Kalymnos Pastries in Adelaide, has poured his passion for cooking into this new television series.

“To me, this series is the perfect opportunity to show everyone what Greek cooking, tradition and culture is all about; through each episode my aim is to keep traditional Greek recipes alive and, most importantly, inspire future generations to follow in their ancestors’ footsteps and start spreading the love about Greek traditions, Greek heritage and of course, Greek cooking,” George told the Greek Australian newspaper Neos Kosmos.

“My ultimate wish is for younger generations to develop respect towards those generations of migrants who, through traumatic past experiences, managed to build a better future for their families on the other side of the world,” he added.

Be sure to tune in to this culinary treat and learn about the inspiration behind some of the most traditional Greek dishes.

Some episodes are available online for your viewing here or here.