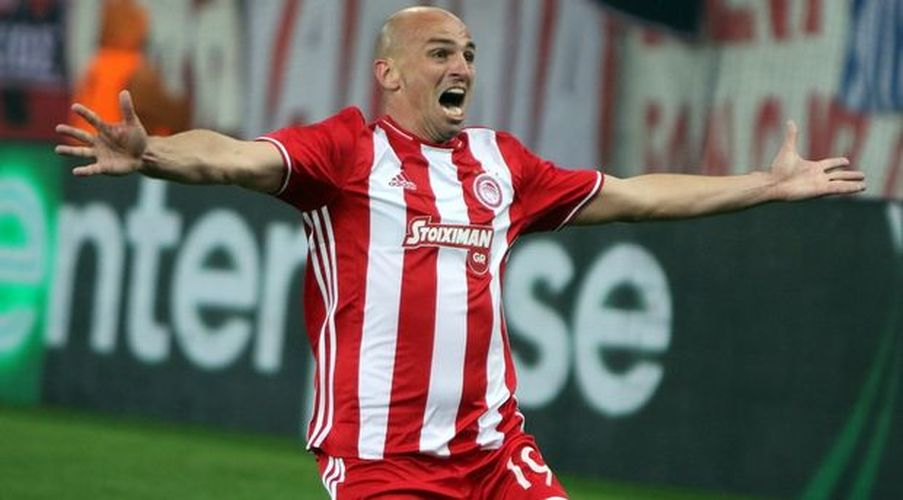 Greek champions Olympiacos on Thursday missed the chance to beat Turkey’s Besiktas after an error by goalkeeper Nicola Leali allowed the visiting team to draw 1-1 at Georgios Karaiskakis Stadium.
The Greek club went to the first leg matchup in the UEFA Europa League Round of 16 with interim coach Vasilis Vouzas, after Paulo Bento was sacked on Monday following a series of losses in Greece’s Super League.
The Greek league leaders started the game in up tempo style and dominated in the first half, managing to score in the 36th minute when veteran midfielder Esteban Cambiasso hit a strong header from a well-placed cross by striker Karim Ansarifard, beating Besiktas’ goalkeeper.
The second half started with Olympiacos having ball possession and missed a chance for a second goal when Alberto Botia’s header almost scratched the goalpost. Yet, the Turkish league leaders managed to score when in the 53rd minute Leali made a terrible clearance, practically passing the ball to striker Vincent Aboubakar who had no difficulty putting the ball in the net.
Besiktas increased the tempo after that, with the Olympiacos goalkeeper almost redeeming himself after he fell in the feet of Ryan Babel to snatch the ball and had another save from a shot by the same player later. Leali also stopped a dangerous header from Dusko Tosic, as Besiktas dominated until the end of the game.
Coach Vouzas said he was satisfied from the team’s effort and praised all players, especially Cambiasso for his leadership throughout the game.
The second leg of the tie will be played in Istanbul’s Vodafone Arena on March 16.