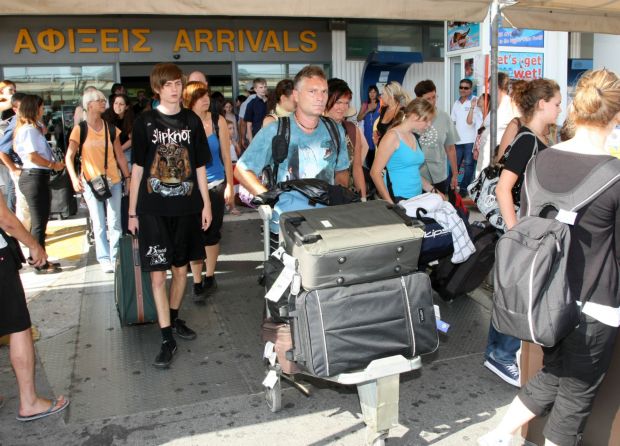 The amount of tourists arriving in Greece this year is expected to set a new record of 28 million, according to the president of the Greek Tourism Confederation (SETE), Andreas Andreadis who commented from the sidelines of the ITB international tourism exhibition in Berlin on Wednesday.
The increase in arrivals has a lot to do with the political unrest in Turkey which is influencing many vacationers to choose Greece over Turkey for their summer holiday.
Andreadis explained, the increase in arrivals includes “cruise traffic, which is expected to be 20 percent less than last year due to the geopolitics in the southeastern Mediterranean, arrivals are projected to reach 28 million this year, provided that road arrivals remain stable.”
Earlier this month, Andreadis told Reuters that the tourist sector is expected to flourish in 2017, aiming at a 2.7 percent growth with revenues reaching up to 14.5 billion euro — something vital for the recovery of the Greek economy which relies on tourism for around 18 percent of its GDP and is responsible for creating one out of every five jobs.
Tourism in Greece is on the rise and the revenue from the tourism sector is crucial for putting the Greek economy in the green. However, even with the 9 percent increase in tourism this year, there are still factors such as an uncertain future in the EU and political and economic instability with neighboring Turkey that might present obstacles for Greece’s economic recovery and the arrivals of tourists for the summer of 2017.