Where are the Greek State Gold Reserves Stored? 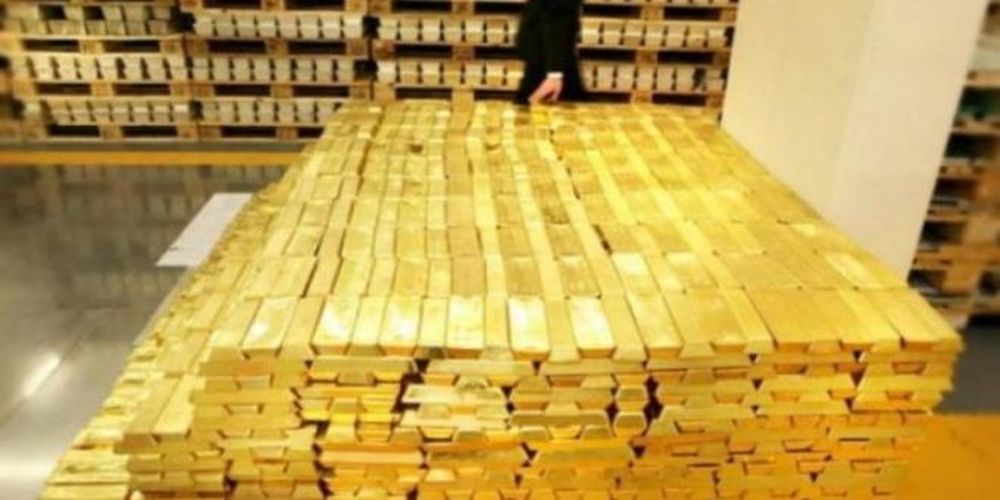 The Greek State gold reserves amounting to 149.1 tons are stored in Greece, Britain, the U.S. and Switzerland, according to the Bank of Greece.
BoG assures Greek citizens that the 149.1 tons of the country’s gold reserves worth 5.3 billion euros are safe, as almost half of it is kept in the BoG treasury and the remainder 50% remains for decades in the Bank of England, the New York Federal Reserve and in Switzerland’s UBS. According to the Bank of Greece, the practice of saving part of a country’s gold reserves is a practice followed by all nations.
In particular, 47% of Greece’s gold stock is in the country, 29% in the United States, 20% in the United Kingdom and 4% in Switzerland. This way, the country can cover its needs even under exceptional circumstances.
According to BoG, the proportion of gold transferred to the European Central Bank as an obligation of the country’s membership in the euro zone and the participation of the Bank of Greece into the euro system is very small compared to the total stock of gold. A similar transfer was made by all countries participating in the euro zone.
In 2000, BoG proceeded to turn the country’s gold into gold bars of international standard, in order to make the gold stock easier to manage.