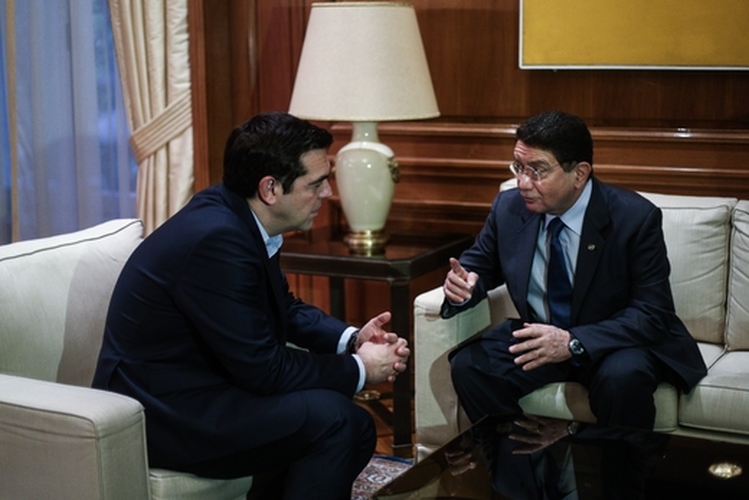 With each year that passes, Greece is breaking new records in the arrival of tourists from abroad, Prime Minister Alexis Tsipras told the Secretary General of the World Tourism Organisation (UNWTO) Taleb Rifai.
In a brief conversation with Rifai on camera, Tsipras said that 27.5 million tourists arrived in Greece in 2016 and were projected to exceed 30 million in the current year.
Rifai will stay in Athens until March 3.
Rifai is the keynote speaker at a conference organized by the Tourism Ministry and the Greek National Tourism Organization on sustainable tourist development.
(Source: ANA-MPA)

A 2,300-year-old tomb in southwest Turkey—once revered as a holy Islamic site—turns out to be the tomb of ancient Greek boxer Diagoras.
Culture

Nikos Tzellos, a young musician from Rhodes, has made it his mission to revive the folk music of his island for the modern era.
Charity