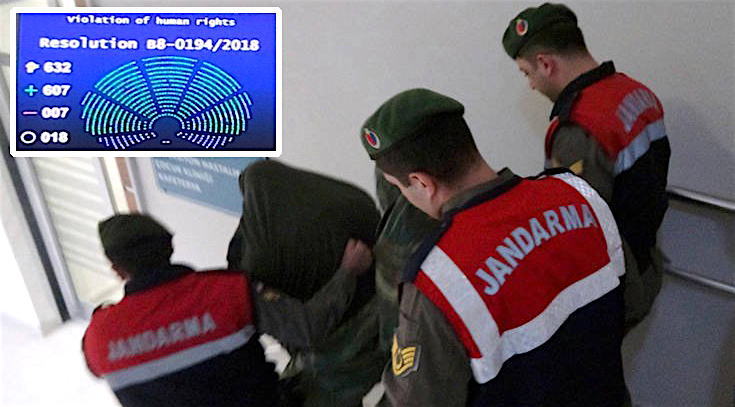 The Turkish provocations continue as Sozcu newspaper reported on Friday, that just days after taking office, the new Chief of the Hellenic Army General Staff, Alciviades Stefanis, made a provocative visit to Oinousses with Greek troops and raised the Greek flag.
The publication reads: “The Greek chief of staff made his first visit to the island of Koyun (virgin), one of the 18 Turkish islands in which Greece has illegally occupied.”
The report continued, “the photo was published on the official page of the Armed Forces.”
The text went on to make reference to the Treaty of Lausanne and Balkan wars saying that the treaty did not give the region of Smyrna to the Greeks — and thus the island — while the Turkish Prime Minister Binali Yildirim reportedly said that “we cannot be sure to whom the 1,300 islands in the region belong.”